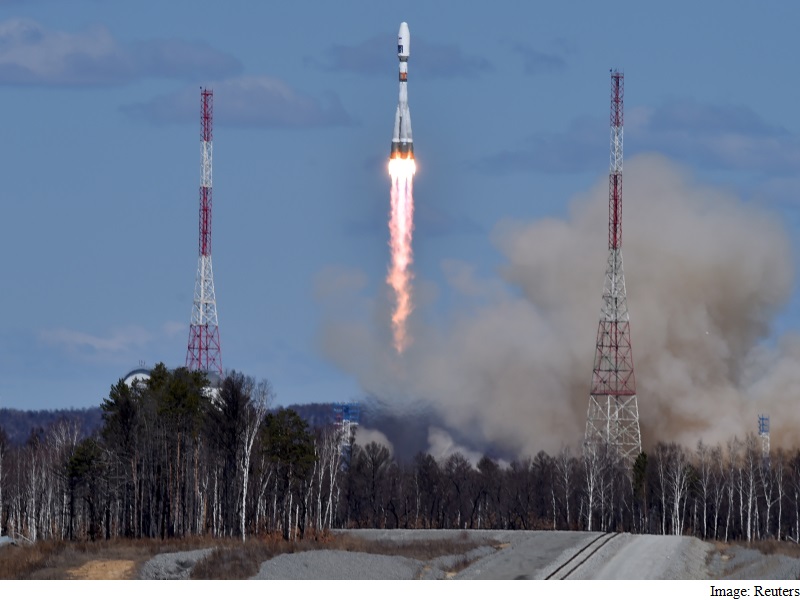 Highlights
Russia launched its inaugural rocket from a new cosmodrome on Thursday, a day after a technical glitch thwarted the much-publicised event in a sign of continued crisis in the nation's space industry.

An unmanned Soyuz-2.1A rocket carrying three satellites roared off into a clear blue sky from the launch pad at Vostochny cosmodrome in the remote Amur Region near China's border at 0501 Moscow time (0201 GMT), state television showed.

The satellites separated from the rocket's third stage about nine minutes into the flight, heading to their designated orbits, Russian news agencies quoted officials from the space agency Roscosmos as saying.

The launch was called off less than two minutes before the lift-off on Wednesday, upsetting President Vladimir Putin. He had flown thousands of kilometres to watch what Russian media and officials touted as an historic event.

"I want to congratulate you. There is something to be proud of," Putin told cosmodrome workers and Roscosmos officials after watching Thursday's launch at Vostochny, Russian media reported.

His remarks contrasted his tough words after Wednesday's aborted launch, when he criticised Roscosmos and government officials for a large number of technical hitches in the space industry, saying that "there should be an appropriate reaction".

Corruption and glitches
Delays and corruption have blighted work on the new cosmodrome. A European Space Agency launch in French Guiana, using a similar Russian Soyuz rocket, was also delayed by technical problems this month.

Problems with Russian space rockets are worrisome not just for the Kremlin but also for the United States space programme. Nasa has depended on Russia to fly its astronauts to the International Space Station since it retired its space shuttle.

The Soviet Union pioneered manned space flight when it fired Yuri Gagarin into space in 1961.

But, since the collapse of the Soviet Union, Russia's space programme has had to retrench for a lack of cash. It filled gaps in its budget for years by taking paying tourists into space.

The Vostochny spaceport, the first civilian rocket launch site on Russian territory, is intended to phase out Russia's reliance on the Baikonur cosmodrome that it leases from ex-Soviet Kazakhstan.

"The main thing is that this launch pad is now working, it has been prepared well by you and it is functioning," Putin told cosmodrome workers on Thursday. "We are now facing a second stage here, to accommodate a heavy rocket."

"We have a lot of work in front of us, and it's daunting. But, beyond all doubt, this is ... a very serious step forward in the development of Russia's space exploration."