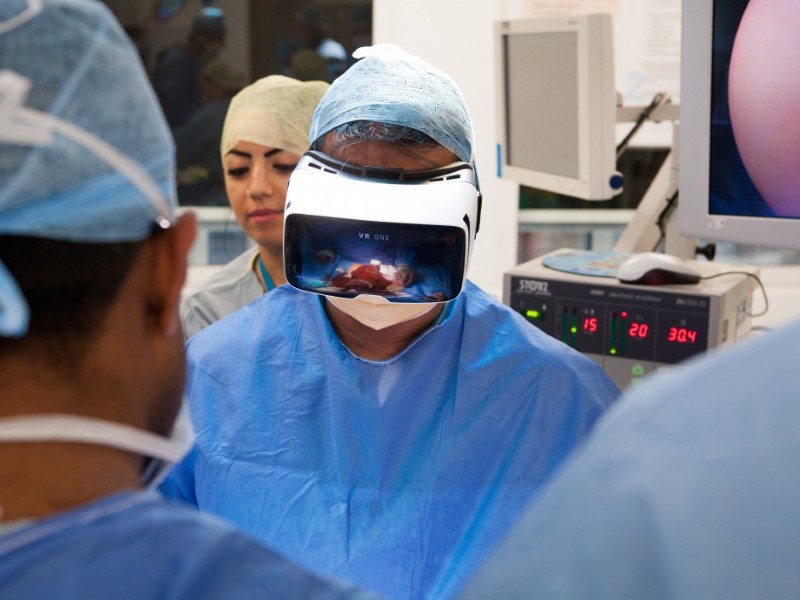 Taking the benefits of the virtual reality (VR) technology in healthcare sector to a new level, doctors at Royal London Hospital on Thursday successfully livestreamed in 360 degrees an operation conducted upon a 70-year colon cancer patient using the VR technology.

The hospital achieved this feat with a collaboration with the healthcare firm Medical Realities run by Dr Ahmed. The firm offers medical training products, specialising in virtual reality, augmented reality and serious games. The livestream was powered by the 360-video firm Mativision.

"I am honoured that this patient has given permission for his experience to provide this unparalleled learning opportunity," Dr Ahmed was quoted as saying.

People also watched the livestreaming by downloading an app on their smartphones. The operation was filmed on two 360 degrees cameras with multiple lenses.

"As a champion of new technology in medicine, I believe that virtual and augmented reality can revolutionise surgical education and training, particularly for developing countries that don't have the resources and facilities of NHS hospitals," Dr Ahmed added.

In 2007, Dr Ahmed was appointed as a consultant general, colorectal and laparoscopic Surgeon at Barts Health and the London NHS trust.

In 2014, he performed the world's first live-stream of an operation using Google Glass which was watched live by nearly 13,000 students around the world.

The live surgery on the colon cancer patient was the joint effort from Barts Health, Medical Realities and Mativision.

According to a recent research, the VR technology can also be used to determine how people perceive their bodies, to treat body image disturbances, and to improve adherence to physical activity among obese individuals.

An immersive VR therapy can also help people with depression by making them less self-critical and more compassionate towards themselves.