Rosetta, Philae to Reunite on Comet for September 30 Mission End 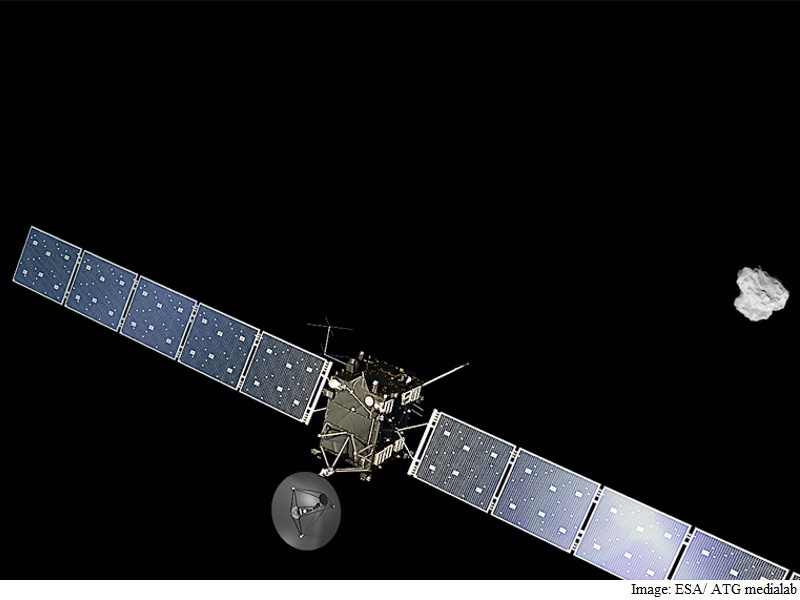 Europe's trailblazing Rosetta spacecraft will end its mission on September 30, reuniting with robot lab Philae on the surface of a comet hurtling through the Solar System, mission control said Thursday.

"The mission is coming to an end as a result of the spacecraft's ever-increasing distance from the Sun and Earth", said a statement by the European Space Agency.

"It is heading out towards the orbit of Jupiter, resulting in significantly reduced solar power to operate the craft and its instruments... Rosetta is reaching the end of its natural life."

Rosetta, perhaps best known as the mothership of comet lander Philae, whose exploits in an alien world were followed by people around the world, was hoisted into space in March 2004.

With Philae riding piggyback, it arrived at comet 67P/Churyumov-Gerasimenko in August 2014 after a ten-year, 6.5-billion kilometre journey.

In November that year, it sent down Philae, a 100-kilogramme (220-pound) lab equipped with 10 instruments for comet sniffing and prodding.

After bouncing several times, the robot lab ended in a ditch shadowed from the Sun's battery-replenishing rays. But it managed to run about 60 hours of experiments and send home reams of valuable data before running out of energy and entering standby mode.

As 67P neared the Sun on its elongated orbit, Philae emerged from hibernation in June 2015 and sent a two-minute message to Earth via Rosetta.

The lander went permanently silent in July 2015 after eight intermittent communications with Earth.

The 1.3-billion-euro ($1.4-billion) mission was conceived to unravel the secrets of comets, believed to be time capsules from the birth of the Solar System.
Comments