Robots Set to Aid Postal Workers With Deliveries in Germany 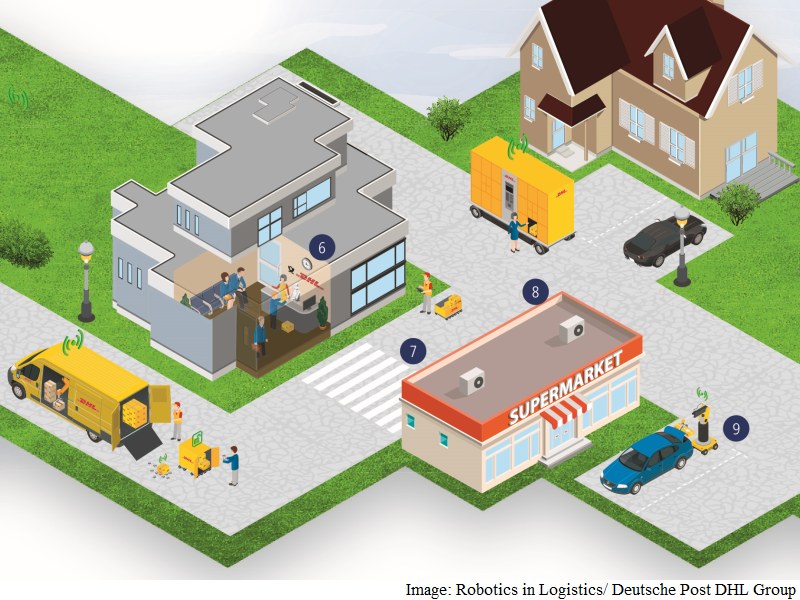 Germany's Deutsche Post is testing robots that could help postal workers cope with increasing numbers of parcels on their delivery rounds, a company manager said on Thursday.

The volume of parcels being delivered by Deutsche Post in Germany is rising steadily as more and more Germans buy goods online from retailers such as Amazon and Zalando. That is making up for declining letter volumes, but posing problems due to the larger size of items involved.

"Robots could be used in deliveries in three to five years' time," Clemens Beckmann, head of innovation at the group's parcel and letter division, said in an interview with Reuters. "The technology is there."

The robots, which look like a table on wheels on which goods can be placed, would follow delivery workers, helping them to transport and carry heavy parcels. If the postie stops walking, the robot stops too, and it only starts again when they move on.

Deutsche Post is already conducting trials of the robots at its depots. It is also considering the idea of using robots as mobile pick-up points that would go and collect parcels from customers.

However, that is a long way off because that would require rules on autonomous driving.

Still, Deutsche Post is already testing robotics elsewhere, such as moveable shelves in warehouses, and is considering drones to help monitor inventory levels in large depots in China and watch over valuable goods.

Around 80 percent of the processes in logistics sites are still done manually, Deutsche Post said.

"Delivery chains in which people and robots work together will soon be normal and will allow for faster and more efficient processing of goods," Beckmann said.