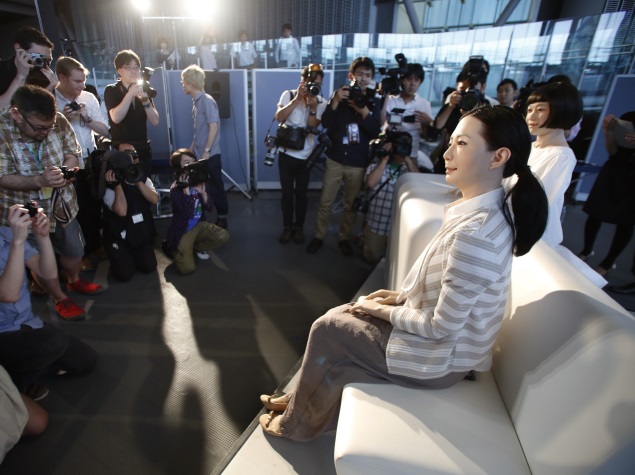 Crowdsourcing can be a quick and effective way to teach a robot how to complete tasks, says a study.

Instead of learning from just one human, robots could one day query the larger online community, asking for instructions or inputs on the best way to do work, the findings indicated.

"We are trying to create a method for a robot to seek help from the whole world when it is puzzled by something," said Rajesh Rao, associate professor of computer science and engineering at the University of Washington in the US.

"This is a way to go beyond just one-on-one interaction between a human and a robot by also learning from other humans around the world," Rao added.

The common practice of asking a robot to learn by imitating a human to perform tasks can take a lot of time but if a robot can learn the basic steps of a task, then it may ask the online community for additional input or data on how to complete this task efficiently and correctly.

"Because our robots use machine-learning techniques, they require a lot of data to build accurate models of the task. The more data they have, the better model they can build. Our solution is to get that data from crowd sourcing," said Maya Cakmak, assistant professor of computer science and engineering, at the varsity.

For the study, researchers asked the online crowd sourcing community to teach a robot a model-building task. To begin with, the online participants built a simple model out of coloured Lego blocks and then they asked the robot to build a similar object.

They hired people on Amazon Mechanical Turk, a crowd sourcing site, to build similar models of a car, tree, turtle, snake and others. From more than 100 crowd-generated models, the robot searched for the best models to build a new and simple model.

This type of learning is called "goal-based imitation".

The results were presented at the Institute of Electrical and Electronics Engineers International Conference on Robotics and Automation in Hong Kong earlier this month.