Researchers Develop Muscle-Powered Bio-Bots That Can Walk on Demand 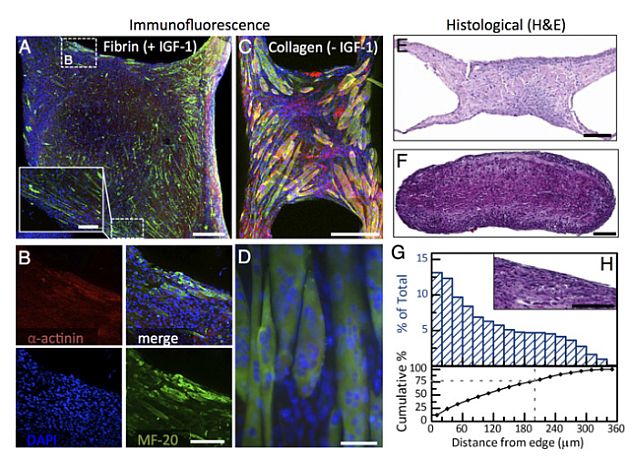 Researchers, including one of Indian-origin, have developed a new generation of tiny walking biological robots powered by muscle cells.

Engineers at the University of Illinois at Urbana-Champaign developed the miniature 'bio-bots' powered by muscle cells and controlled with electrical pulses, giving researchers unprecedented command over their function.

"Biological actuation driven by cells is a fundamental need for any kind of biological machine you want to build," said study leader Rashid Bashir, Abel Bliss Professor and head of bioengineering at the university.

"We're trying to integrate these principles of engineering with biology in a way that can be used to design and develop biological machines and systems for environmental and medical applications," Bashir said.

Bashir's group has been a pioneer in designing and building bio-bots, less than a centimetre in size, made of a flexible 3D printed hydrogels and living cells.

Previously, the group demonstrated bio-bots that "walk" on their own, powered by beating heart cells from rats. However, heart cells constantly contract, denying researchers control over the bot's motion. This makes it difficult to use heart cells to engineer a bio-bot that can be turned on and off, sped up or slowed down.

The new bio-bots are powered by a strip of skeletal muscle cells that can be triggered by an electric pulse.

This gives the researchers a simple way to control the bio-bots and opens the possibilities for other forward design principles, so engineers can customise bio-bots for specific applications.

The design is inspired by the muscle-tendon-bone complex found in nature. There is a backbone of 3D-printed hydrogel, strong enough to give the bio-bot structure but flexible enough to bend like a joint.

Two posts serve to anchor a strip of muscle to the backbone, like tendons attach muscle to bone, but the posts also act as feet for the bio-bot. A bot's speed can be controlled by adjusting the frequency of the electric pulses. A higher frequency causes the muscle to contract faster, thus speeding up the bio-bot's progress.

The researchers will work to gain even greater control over the bio-bots' motion, like integrating neurons so the bio-bots can be steered in different directions with light or chemical gradients.

"The goal of 'building with biology' is not a new one - tissue engineering researchers have been working for many years to reverse engineer native tissue and organs, and this is very promising for medical applications," said graduate student Ritu Raman, co-first author of the paper.

The work is published in Proceedings of the National Academy of Science.