Researchers have examined the material captured by the atmosphere of a white dwarf star called G238-44. 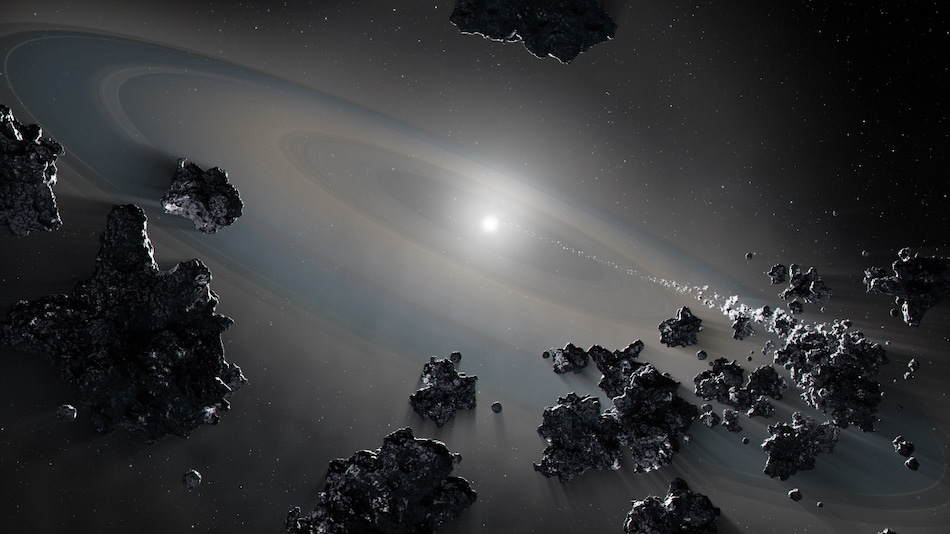 In a rare cosmic observation, a sun-like star destroyed its planetary system while dying, leaving behind a white dwarf star. The dead star is now consuming both icy and rocky-metallic material which forms the planets. The discovery was made by analysing archival data from NASA's Hubble Telescope and other observatories of the American space agency. Termed cosmic cannibalism, the observation helped shed light on the violent nature of the evolved planetary system and can help astronomers in understanding the makeup of newly forming systems.

Researchers have examined the material captured by the atmosphere of a white dwarf star called G238-44. It was the remnant of a Sun-like star that got destroyed, stopped burning fuel through nuclear fusion and shed off its outer layers.

“We have never seen both of these kinds of objects accreting onto a white dwarf at the same time," said Ted Johnson, lead researcher and the University of California, Los Angeles (UCLA) bachelor's graduate. Johnson added that studying the white dwarf can lead to a better understanding of the existing planetary systems.

According to Benjamin Zuckerman, UCLA professor and co-author of the study, elements that are in abundance on the white dwarf seem to require both a volatile-rich and rocky parent body. “The first example we've found among studies of hundreds of white dwarfs,” he added.

During the death of a planetary system, a star like ours usually expands into a bloated red giant and begins to shed mass, puffing off its outer layers. Johnson explained that after this phase, a white dwarf is left which is not bigger than Earth. “The wayward planets end up getting very close to the star and experience powerful tidal forces that tear them apart,” he added. This, in turn, forms a gaseous and dusty disk that lands on the white dwarf star's surface.

Now, the researchers are aiming to examine the white dwarf star and use the information to get a better grip on understanding planetary systems.