The rotors draw energy from water that is induced by applying voltage or by having different concentrations of salt on either side of the membrane. 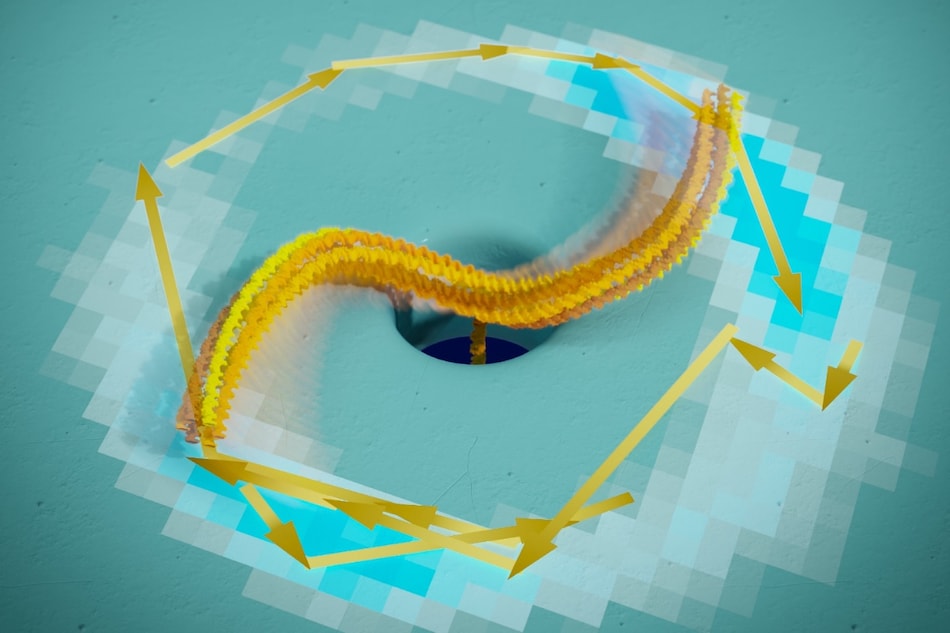 Researchers were puzzled to see the DNA rods organise themselves

Rotary motors that are driven by some flow are in use for a long time in windmills and waterwheels. A similar mechanism is also seen in biological cells where the FoF1-ATP synthase produces the fuel required by cells to function. Drawing inspiration from this, researchers at the Delft University of Technology have developed the smallest ever flow-driven motor from DNA that utilises electrical or salt gradients to generate mechanical energy. For the construction of the motor, the team has used a technique called DNA origami which uses specific interactions between complementary DNA pairs to build 2D and 3D nano-objects.

The rotors draw energy from water that is induced by applying voltage or by having different concentrations of salt on either side of the membrane. From the observations made, researchers have explored more and used the knowledge to build nanoscale turbines.

“Our flow-driven motor is made from DNA material. This structure is docked onto a nanopore, a tiny opening, in a thin membrane. The DNA bundle of only 7-nanometer thickness self-organises under an electric field into a rotor-like configuration, that subsequently is set into a sustained rotary motion of more than 10 revolutions per second,” explained Dr Xin Shi, a postdoc in the department of Bionanoscience at TU Delft. Dr Shi is also the first author of the study published in Nature Physics.

According to the team, this is the first time that a flow-driven active rotor has been developed at a nanoscale. Researchers were puzzled when they first observed the phenomenon where the DNA rods organise themselves. Dr Shi added that while there was plenty of information available on rotary motors, very little is known about their nanoscale version.

They also conducted an experiment and demonstrated the ability of the turbine to carry a load. The team believes that the development has opened new avenues in the engineering of active robots.