Oxygen on the Moon? ESA Prototypes Plant That Extracts Oxygen From Lunar Soil

The prototype oxygen plant has been set up in the Materials and Electrical Components Laboratory of the European Space Research and Technology Centre (ESTEC) in the Netherlands. 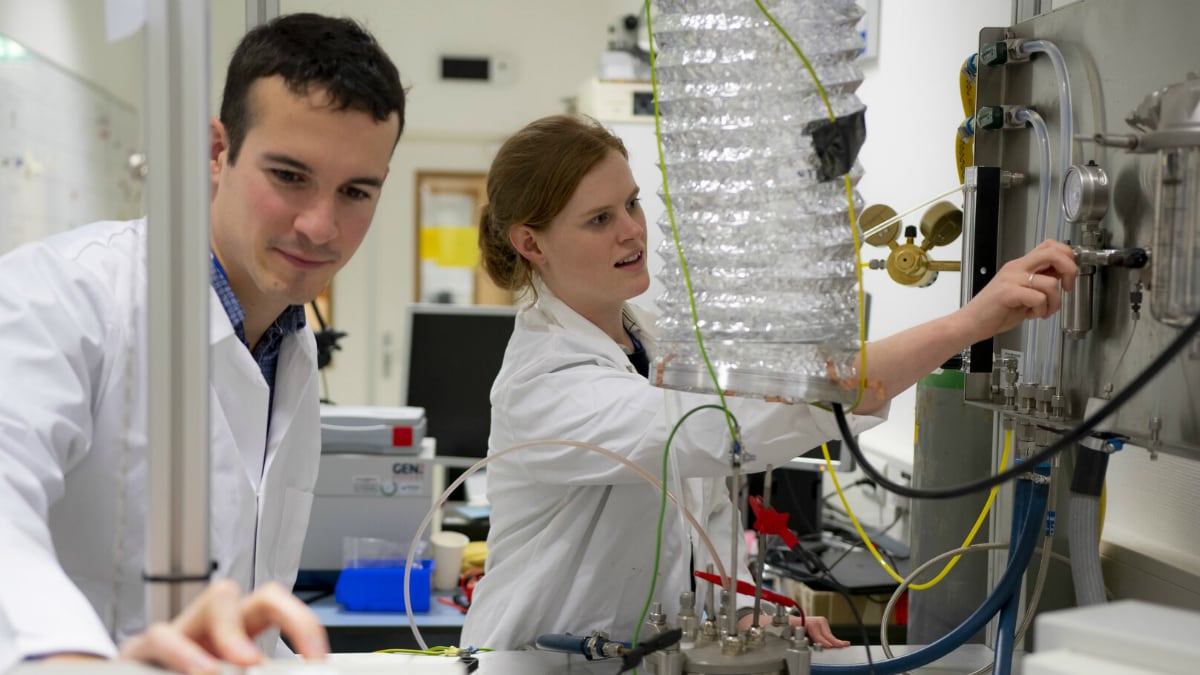 One of the major challenges for humans to live on the Moon is finding sufficient amount of oxygen to breathe. It is important as for dreaming of colonising on the Moon, we need a constant source of oxygen. While astronauts wear spacesuits that do have an oxygen supply, carrying oxygen to the moon for future colonies is rather unfeasible. This is why researchers have for years tried to come up with ways oxygen could be produced on the moon, where even water (a potential source) is close to non-existent. Plants could be a method, but they also require sunlight and carbon dioxide. Now, in what could be seen as a breakthrough, the European Space Agency (ESA) claims to have built a solution that enables oxygen production using resources found on the Moon itself, including lunar soil or what is commonly known as moondust.

The ESA has established a prototype oxygen plant that is designed to produce oxygen from moondust. The plant, which has been set up in the Materials and Electrical Components Laboratory of the European Space Research and Technology Centre, (ESTEC) based in Noordwijk in the Netherlands, is touted to convert moondust aka lunar soil into oxygen that could be utilised for air as well as fuel.

Researchers at the ESA have experimented with the solution by using simulated moondust. The process of extracting oxygen is based on a method called molten salt electrolysis that involves placing regolith or lunar soil (presently, simulated moondust) in a metal basket with molten calcium chloride salt to serve as an electrolyte. This is heated to 950-degree Celsius at which the dust particles remains solid. But once a current is passed through the solid lunar soil, it causes oxygen to be extracted from the regolith and migrate across the salt to be collected at the anode. The process is also claimed to convert lunar soil into usable metal alloys.

“Being able to acquire oxygen from resources found on the Moon would obviously be hugely useful for future lunar settlers, both for breathing and in the local production of rocket fuel,” said Beth Lomax of the University of Glasgow in his study.

The ESA has claimed that samples returned from the lunar surface confirm that lunar regolith or moondust is made up of 40-45 percent oxygen by weight. So what researchers need to extract oxygen from dust particles is a technology like what has been prototyped by the space agency.

Initially, the oxygen plant developed by the researchers vents the oxygen produced in the process into an exhaust pipe. It is, however, in the works that the produced oxygen will be stored for future use. This would come into place through future upgrades of the system.

“The production process leaves behind a tangle of different metals,” said ESA research fellow Alexandre Meurisse. “And this is another useful line of research, to see what are the most useful alloys that could be produced from them, and what kind of applications could they be put to.”

A ‘pilot plant' that could operate sustainably on the Moon is aimed to be demonstrated sometime in the mid-2020s. Its arrival would help various space researchers at the initial stage. However, the ultimate usage would be to let individuals walk on the Moon without getting worried about the lack of oxygen.

“We are working with our colleagues in the Human and Robotics Exploration Directorate, European industry and academia to provide top class scientific approaches and key enabling technologies like this one, towards a sustained human presence on the Moon and maybe one day Mars,” said Tommaso Ghidini, Head of ESA's Structures, Mechanisms and Materials Division.