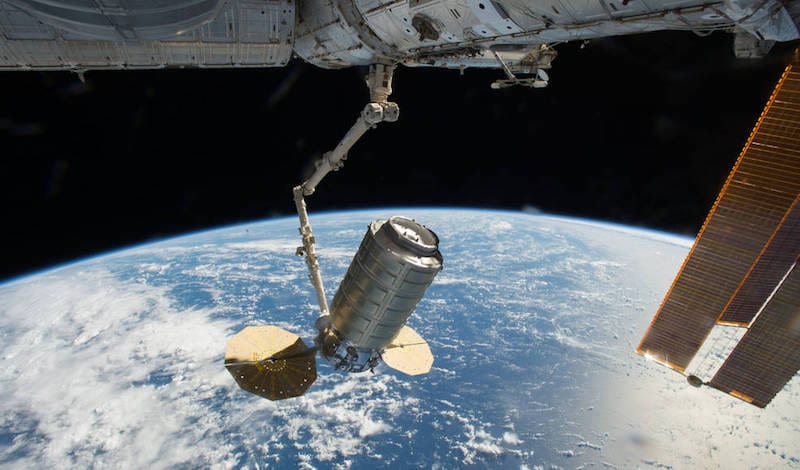 Cygnus will carry more than 3,447kg of science research, crew supplies and hardware to the orbiting laboratory in support of the Expedition 50 and 51 crew members.

The new experiments will include an antibody investigation that could increase the effectiveness of chemotherapy drugs for cancer treatment and an advanced plant habitat for studying plant physiology and growth of fresh food in space.

"Another new investigation bound for the US National Laboratory will look at using magnetised cells and tools to make it easier to handle cells and cultures, and improve the reproducibility of experiments," NASA said.

When it arrives to the space station, Expedition 51 Commander Peggy Whitson of NASA and Flight Engineer Thomas Pesquet of ESA (European Space Agency) will grapple Cygnus.

Cygnus will remain on the station until July, when it will depart with several tonnes of trash for a fiery re-entry into the Earth's atmosphere.

Prior to re-entry, a third experiment will be conducted to study how fire burns in space, NASA said.