The Octa-Glove is designed to allow the wearer to securely grip objects under water. 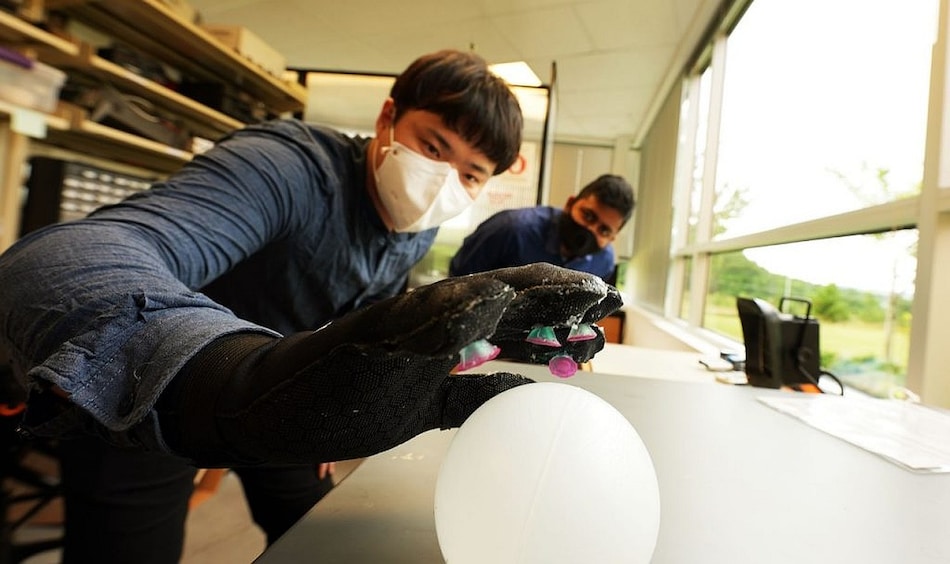 Octa-Glove — a special glove inspired octopuses — has been developed by researchers at Virginia Tech. While humans have developed instruments like neoprene suits to protect their bodies underwater, our hands lack tools to help us hold objects under water. The glove is designed to allow the wearer to securely grip and pick up flat objects, cylinders, double-curved portion objects, and an ultrasoft hydrogen ball, as well as larger objects like a box, plate, and bowl while convex and spherical objects.

While looking for a solution to the challenge of holding objects under water, researchers sought help from nature. An octopus has eight long arms that have suckers on them. These suckers are controlled by the creature's muscular and nervous systems.

“When we look at the octopus, the adhesive certainly stands out, quickly activating and releasing adhesion on demand. What is just as interesting, though, is that an octopus controls over 2,000 suckers across eight arms by processing information from diverse chemical and mechanical sensors,” said Michael Bartlett, Assistant Professor at Virginia Tech.  Bartlett is the author of the study published in Science Advances.

In order to replicate the gripping ability of octopus in making the gloves, researchers re-imagined the suckers where they used rubber stalks capped with soft, actuated membranes. With the design, they aimed at making the suckers as effective as the ones in octopuses.

Following this, the researchers loaded the glove with micro-LIDAR (Light Detection and Ranging) optical proximity sensors that could detect the distance to the object.  A microcontroller was used to connect the suckers with the LIDAR sensors thus paring the object sensing with the sucker engagement and replicating the muscular and nervous system of the octopus.

The use of sensors to activate the suckers made the gloves adaptable to the environment. Researchers used synthetic suckers and sensors to ensure that it feels natural for the person wearing the glove to hold objects. The sensors and suckers were integrated together to give grip on objects of different.

“It makes handling wet or underwater objects much easier and more natural. The electronics can activate and release adhesion quickly. Just move your hand toward an object, and the glove does the work to grasp. It can all be done without the user pressing a single button,” said Bartlett.

The researchers tested the glove, successfully picking up flat objects, cylinders, double-curved portion objects, and an ultrasoft hydrogen ball. After reconfiguration of the sensors, the glove was also able to pick up larger objects like a box, plate, and bowl while convex and spherical objects were also lifted using the glove.