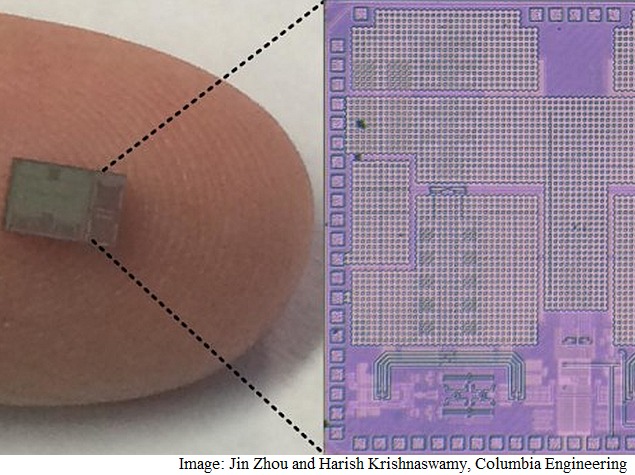 In a first, engineers led by an Indian-origin researcher have developed a new technology that may double the data capacity of today's networks.

Researchers have invented full-duplex radio integrated circuits (ICs) that can enable simultaneous transmission and reception on the same frequency in a wireless radio.

Up to now, this has been thought to be impossible: transmitters and receivers either work at different times or at the same time but at different frequencies.

The Columbia University team, led by Electrical Engineering Associate Professor Harish Krishnaswamy, is the first to demonstrate an IC that can accomplish this.

"This is a game-changer. By leveraging our new technology, networks can effectively double the frequency spectrum resources available for devices like smartphones and tablets," said Krishnaswamy.

In the era of Big Data, the current frequency spectrum crisis is one of the biggest challenges researchers are grappling with and it is clear that today's wireless networks will not be able to support tomorrow's data deluge, researchers said.

Today's standards, such as 4G/LTE, already support 40 different frequency bands, and there is no space left at radio frequencies for future expansion.

At the same time, the grand challenge of the next-generation 5G network is to increase the data capacity by 1,000 times.

The ability to have a transmitter and receiver re-use the same frequency has the potential to immediately double the data capacity of today's networks.

Krishnaswamy notes that other research groups and startup companies have demonstrated the theoretical feasibility of simultaneous transmission and reception at the same frequency, but no one has yet been able to build tiny nanoscale ICs with this capability.

"Our work is the first to demonstrate an IC that can receive and transmit simultaneously," he said.

"Doing this in an IC is critical if we are to have widespread impact and bring this functionality to handheld devices such as cellular handsets, mobile devices such as tablets for WiFi, and in cellular and WiFi base stations to support full duplex communications," said Krishnaswamy.

The biggest challenge the team faced with full duplex was cancelling the transmitter's echo.

Imagine that you are trying to listen to someone whisper from far away while at the same time someone else is yelling while standing next to you. If you can cancel the echo of the person yelling, you can hear the other person whispering, researchers said.

"If everyone could do this, everyone could talk and listen at the same time, and conversations would take half the amount of time and resources as they take right now," said Jin Zhou, Krishnaswamy's PhD student and the paper's lead author.

"Transmitter echo or 'self-interference' cancellation has been a fundamental challenge, especially when performed in a tiny nanoscale IC, and we have found a way to solve that challenge," Krishnaswamy added.

HTC One M9 Launch Delayed Because of Software Issues: Report
Windows 10 for Phones UI Leaked in Screenshots of Unreleased Build