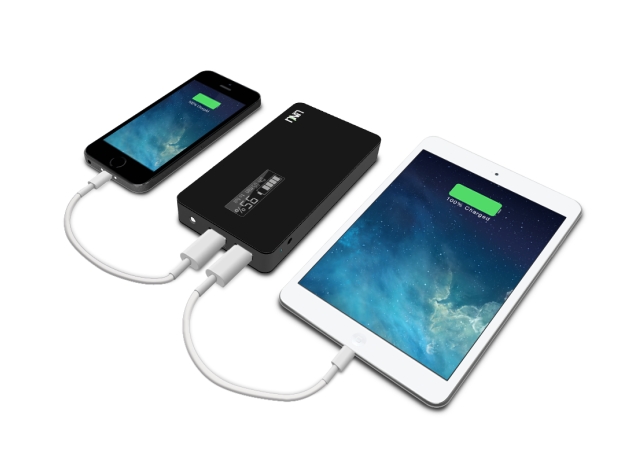 In a finding that may help extend smartphone battery life, scientists have found that rapid-charging and draining does not damage the lithium ion battery electrode as previously thought.

A comprehensive look at how tiny particles in a lithium ion battery electrode behave shows that the benefits of slow draining and charging may have been overestimated. The results challenge the prevailing view that "supercharging" batteries is always harder on battery electrodes than charging at slower rates, researchers said.

Scientists looked at a positive electrode made of billions of nanoparticles of lithium iron phosphate. If most or all of these particles actively participate in charging and discharging, they will absorb and release ions more gently and uniformly.

But if only a small percentage of particles sop up all the ions, they are more likely to crack and get ruined, degrading the battery's performance. Researchers made small coin cell batteries, charged them with different levels of current for various periods of time, quickly took them apart and rinsed the components to stop the charge/discharge process.

Then they cut the electrode into extremely thin slices and took them to for examination with intense X-rays. "We were able to look at thousands of electrode nanoparticles at a time and get snapshots of them at different stages during charging and discharging," said Stanford University graduate student Yiyang Li, lead author.

"This study is the first to do that comprehensively, under many charging and discharging conditions," said Li. The researchers discovered that only a small percentage of nanoparticles absorbed and released ions during charging, even when it was done very rapidly.

But when the batteries discharged, an interesting thing happened: As the discharge rate increased above a certain threshold, more and more particles started to absorb ions simultaneously, switching to a more uniform and less damaging mode.

This suggests that scientists may be able to tweak the electrode material or the process to get faster rates of charging and discharging while maintaining long battery life.