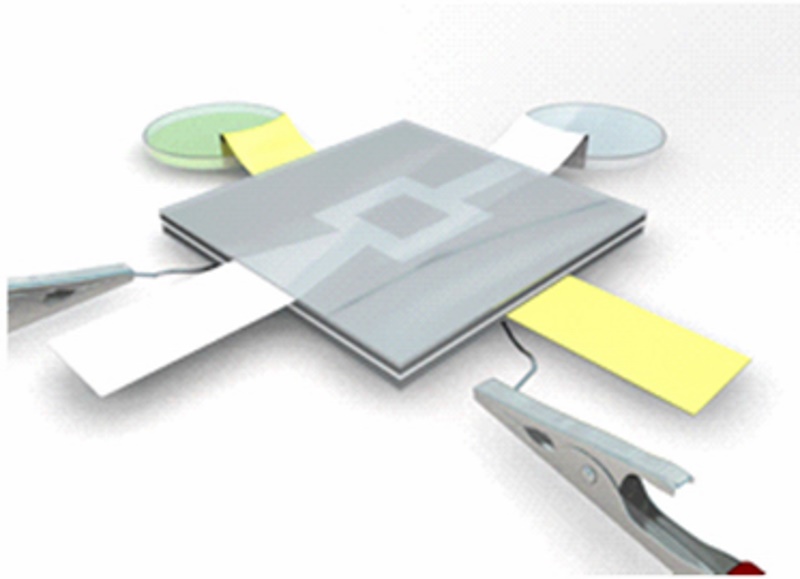 Scientists have developed a 3D paper-based microbial fuel cell that can create electricity in an environment-friendly way without using any outside power.

Researchers from the Iowa State University in the US demonstrated a proof-of-concept three-dimensional microbial fuel cell (MFC) that could take advantage of capillary action to guide the liquids through the MFC system and to eliminate the need for external power.

The paper-based MFC runs for five days and shows the production of current as a result of biofilm formation on anode.

The system produces 1.3 micro Watts of power and 52.25 micro Amperes of current.

"All power created in this device is useable because no electricity is needed to run the fluids through the device. This is crucial in the advancement of these devices and the expansion of their applications," said Nastaran Hashemi, assistant professor at Iowa State.

The biofilm formation on the carbon cloth during the test provides further evidence that the current measured was the result of the bio-chemical reaction taking place.

The electrons are then free to travel to the anode through one of many modes of electron transport.

Electron transport is very complicated, and evidence suggests that it is unique to each type of bacteria. For the bacteria Shewanella Oneidensis MR-1, the most predominantly known ways of shuttling electrons from the individual cells to the anode are through direct contact, excreted soluble redox molecules, and biological nanowires.

Of these, it is widely believed that excreted soluble redox molecules serving as extracellular electron shuttles makes up for as much as 70 percent of electron transfer mechanisms from individual bacterial cells to the electrode.

Moreover, it is shown that direct contact between individual S Oneidensis MR-1 and the electrode has little impact on the current generation, supporting a mediated electron transfer mechanism.

Biofilm helps with the adsorption of the redox molecules to the electrode, which makes it important to have in high power density microbial fuel cells.

Without enough time for biofilm to form, the current and power data would predominantly be linked to extracellular electron transfer, which represents does not fully represent electrical producing capabilities of microbial fuel cells.

This device for the first time demonstrates the longer duration of use and ability to operate individually, a development that could help increase the number of situations where microbial fuel cells can be applied.

The study was published in the journal Technology.