The research options up completely new possibilities for quantum measurements, including research on quantum effects in a gravitational field. 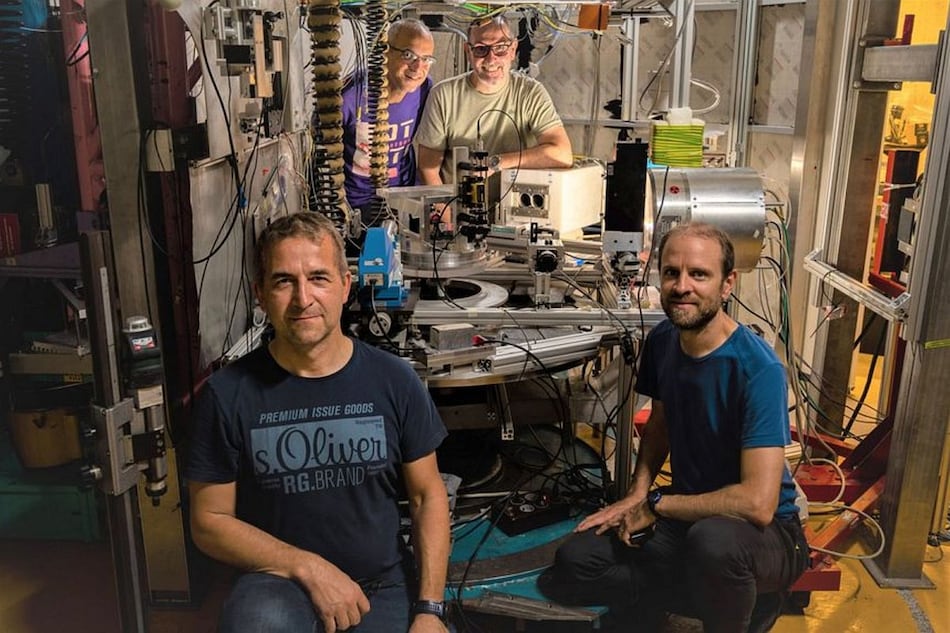 In a discovery that could open completely new possibilities for quantum measurements, including research on quantum effects in a gravitational field., researchers from TU Vienna, INRIM Turin and ILL Grenoble have developed a neutron interferometer that can use two separate crystals. The scientists have achieved the feat, which has been eluding physicists since the 1990s. Neutron interferometers are devices which shoot neutrons, a sub-atomic particle with a neutral charge in the nucleus of an atom, at a crystal. This creates two superimposed waves upon which the neutron is travelling at the same time, a property of quantum physics.

"The principle of the interferometer is similar to the famous double-slit experiment, in which a particle is shot at a double slit in a wave-like manner, passes through both slits simultaneously as a wave and then superimposes on itself, so that afterwards a characteristic wave pattern is created at the detector," said Hartmut Lemmel from TU Wien.

While a modern interferometer can split the two waves on the scale of centimetres, any inaccuracy can destroy the effect. The crystal used is carved from a single piece and efforts to scale up the experiment had failed so far. The precision required to aim the interferometer at the crystal's atom is equivalent to a marksman trying to hit a drain cover situated on the surface of the moon while standing on the surface of the Earth.

"This is an important breakthrough for neutron interferometry," said Michael Jentschel from the ILL. He added, "Because if you can control two crystals well enough that interferometry is possible, you can also increase the distance and expand the size of the overall system quite easily."

The scientists have used developments in optical technology to aim more precisely at the crystal while also using vibration damping, temperature stabilisation, and overall assembly and alignment to find success in using two crystals with an interferometer. The development opens up the door for more fundamental research in the field of quantum physics.

Netflix Confirms Its Ad-Supported Plan Won't Offer All of the Content: All You Need to Know
OnePlus 10T 5G Leaked Teaser Image Suggests Textured Back Panel