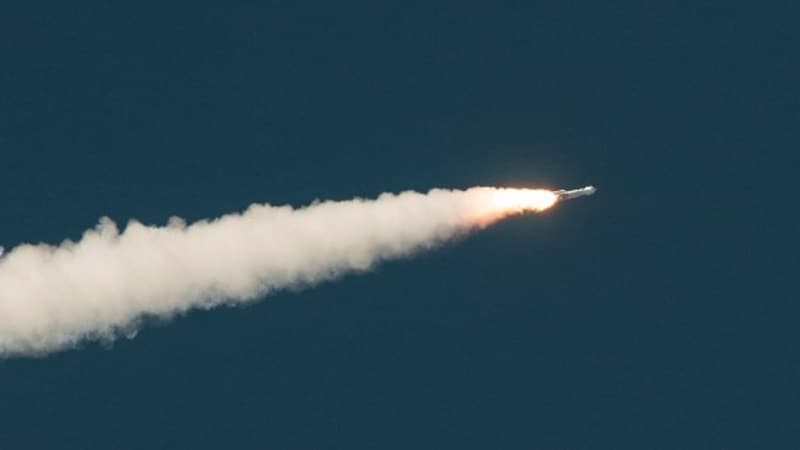 The US space agency on Thursday launched its first mission to collect dust from an asteroid, the kind of cosmic body that may have delivered life-giving materials to Earth billions of years ago.

The unmanned spacecraft, known as Osiris-Rex, blasted off at 7:05pm (11:05pm GMT) atop an Atlas V rocket in Cape Canaveral, Florida.

"As the spacecraft soared high above the western tip of Australia, Osiris-REx has reached Earth-escape velocity of more than 22,000 miles (35,400 kilometres) per hour," Nasa spokesman Mike Curie said an hour after takeoff.

It "is flying free on its way to a seven year mission to rendezvous with the asteroid Bennu and return a sample to Earth."

The $800 million (roughly Rs. 5,323 crores) mission will travel to Bennu, a near-Earth asteroid about the size of a small mountain.

Bennu was chosen from the some 500,000 asteroids in the solar system because it orbits close to Earth's path around the sun, it is the right size for scientific study, and is one of the oldest asteroids known to Nasa.

"For primitive, carbon-rich asteroids like Bennu, materials are preserved from over four and a half billion years ago," explained Christina Richey, Osiris-Rex deputy program scientist at Nasa.

These "may be the precursors to life in Earth or elsewhere in our solar system."

Osiris-Rex's main goal is to gather dirt and debris from the surface of the asteroid and return it to Earth by 2023 for further study.

Learning more about the origins of life and the beginning of the solar system are key objectives for the SUV-sized Osiris-Rex, which stands for Origins, Spectral Interpretation, Resource Identification and Security-Regolith Explorer.

The mission should also shed light on how to find precious resources such as water and metals in asteroids, a field that has generated increasing interest worldwide.

"We are going to map this brand-new world that we have never seen before," said Dante Lauretta, Osiris-Rex principal investigator and professor at the University of Arizona, Tucson.

Using a suite of cameras, lasers and spectrometers, "we are really going to understand the distribution of materials across the surface of that asteroid," he added.

"We are a trailblazer for that kind of activity because our science requires it."

The spacecraft is expected to reach Bennu in August 2018 and spend two years studying it before it begins the sample collection attempt in July 2020.

'Gentle high five'
Nasa hopes the solar-powered Osiris-Rex will bring back the largest payload of space samples since the Apollo era of the 1960s and 1970s, when American explorers collected and carried back to Earth some 800 pounds (360 kilograms) of moon rocks.

The collection device, known as the Touch-and-Go Sample Acquisition Mechanism (TAGSAM), should pick up around two ounces (60 grams) from the asteroid, but in tests so far it has generally picked up five times that amount.

TAGSAM contains a type of reverse-vacuum mechanism that was invented by a Lockheed Martin engineer who tested the concept a decade ago using a red plastic Solo cup in his driveway.

The spacecraft will not land on the asteroid, but get very close and reach out with an arm like a pogo-stick for a quick, three-to-five second maneuver.

The sample collector will shoot a bit of compressed air at the asteroid and gather the dust it kicks up in a container.

"Three-quarters of the sample will be set aside for future researchers - for the science questions we haven't figured out to even ask yet," said Gordon Johnston, an Osiris-Rex program executive at Nasa headquarters.

Nasa has also promised four percent of the sample to its major partner in the effort, Canada, and another half-percent to Japan.

Orbital nudges
Yet another aim of the mission is to measure how sunlight can nudge asteroids as they orbit, a phenomenon known as the Yarkovsky effect, so scientists can better predict the long-term risk of asteroids like Bennu colliding with Earth.

In 2135, Bennu is expected to pass just slightly within the moon's orbit, a "particularly close approach (that) will change Bennu's orbit by a small amount, which is uncertain at this time and which may lead to a potential impact on Earth sometime between 2175 and 2199," Nasa said.

Past missions
It was the Japanese space agency JAXA that first proved sample collection from an asteroid was possible.

JAXA's Hayabusa spacecraft crash-landed into the surface of its target asteroid and managed to return a few micrograms of material in 2010.

In December 2014, JAXA launched a follow-on mission, Hayabusa 2, that should reach the asteroid Ryugu in 2018.

The Hayabusa 2 spacecraft is supposed to place a small lander named Mascot on the space rock's surface, and return asteroid samples by 2020.