NASA's Opportunity Rover May Have 'Died' on Mars in Dust Storm 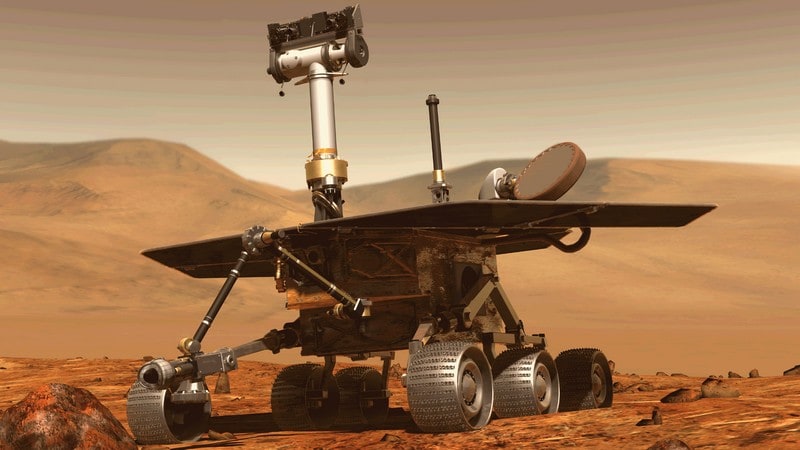 NASA's Mars Opportunity rover that went into hibernation last June after a massive dust storm blocked sunlight from reaching its solar panels to generate power, might have "died", fear scientists.

Opportunity's last communication with Earth was received June 10, 2018, as a planet-wide dust storm blanketed the solar-powered rover's location on the western rim of Perseverance Valley, eventually blocking out so much sunlight that the rover could no longer charge its batteries.

Although the storm eventually abated and the skies over Perseverance cleared, the 15-year-old rover has not communicated with Earth since then.

"I haven't given up yet. This could be the end. Under the assumption that this is the end, it feels good. I mean that," The New York Time quoted Cornell University Professor Steven Squyres, the mission's Principal Investigator, as saying.

If the storm knocked out the rover for good, "that's an honourable death", he added.

In a last bit of effort, engineers at NASA's Jet Propulsion Laboratory (JPL) in Pasadena, California, are transmitting a new set of commands to the Opportunity rover in an attempt to compel the 15-year-old Martian explorer to contact Earth.

The new commands, which will be beamed to the rover during the next several weeks, address low-likelihood events that could have occurred aboard Opportunity, preventing it from transmitting, NASA said.

"We have and will continue to use multiple techniques in our attempts to contact the rover," said John Callas, project manager for Opportunity at the JPL.

"Over the past seven months, we have attempted to contact Opportunity over 600 times.

"While we have not heard back from the rover and the probability that we ever will is decreasing each day, we plan to continue to pursue every logical solution that could put us back in touch," he said.

The "dust-clearing season" - the time of year on Mars when increased winds could clear the rover's solar panels of dust that might be preventing it from charging its batteries - is drawing to a close.

Meanwhile, Mars is heading into southern winter, which brings with it extremely low temperatures that are likely to cause irreparable harm to an unpowered rover's batteries, internal wiring and/or computer systems.

Opportunity and its twin rover, Spirit, were launched from Cape Canaveral, Florida, in 2003.