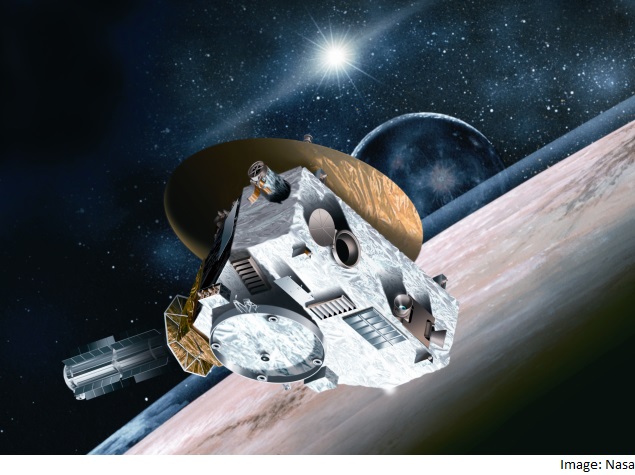 Nasa's New Horizon probe set for a Pluto flyby on July 14 has confirmed that there is frozen methane on Pluto's surface.

The Earth-based astronomers first observed Methane on Pluto in 1976.

"We already knew there was methane on Pluto but these are our first detections," said Will Grundy, team leader with the Lowell Observatory in Flagstaff, Arizona.

Soon, we will know if there are differences in the presence of methane ice from one part of Pluto to another, he added in a statement.

The detection was made possible by the help from the infrared spectrometer on New Horizons spacecraft.

Methane is an odourless, colourless gas that is present underground and in the atmosphere on the Earth.

On Pluto, methane may be primordial, inherited from the solar nebula from which the solar system formed 4.5 billion years ago.

Just hours after its flyby of Pluto on July 14, the spacecraft will observe sunlight passing through the planet's atmosphere, to help scientists determine the atmosphere's composition.

"It will be as if Pluto were illuminated from behind by a trillion-watt light bulb," noted New Horizons scientist Randy Gladstone.

The spacecraft is healthy and all systems are operating normally.

"We are really on the final path. It just gets better and more exciting every day," said project manager Glen Fountain.