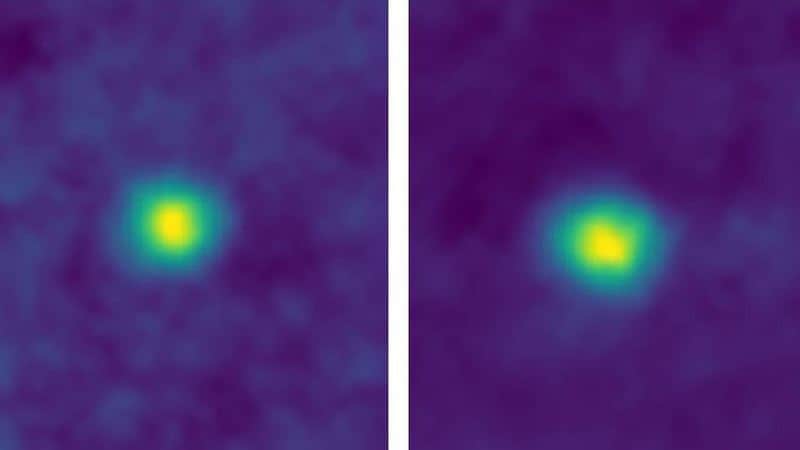 NASA's New Horizons spacecraft has set a new record by capturing the farthest images from Earth by a spacecraft, surpassing the Voyager 1's record of capturing an image when it was 6.06 billion kilometres away from Earth.

The new images released by NASA on Thursday were captured by New Horizons when the spacecraft was more than 6.12 billion kilometres away.

"And now, we've been able to make images farther from Earth than any spacecraft in history," Stern said.

The routine calibration frame of the "Wishing Well" galactic open star cluster on December 5 was taken when New Horizons was 6.12 billion km from Earth -- making it, for a time, the farthest image ever made from Earth, NASA said.

New Horizons was even farther from home than NASA's Voyager 1 when it captured the famous "Pale Blue Dot" image of Earth.

That picture was part of a composite of 60 images looking back at the solar system, on February 14, 1990, when Voyager was 6.06 billion km from Earth.

Voyager 1's cameras were turned off shortly after that portrait, leaving its distance record unchallenged for more than 27 years.

About two hours later, New Horizons later broke the record again with images of Kuiper Belt objects 2012 HZ84 and 2012 HE85.

They are also the closest-ever images of Kuiper Belt objects.

On December 9, 2017, it carried out the most-distant course-correction manoeuver ever, as the mission team guided the spacecraft toward a close encounter with a KBO named 2014 MU69 on January 1, 2019.

The coming New Year's flight past MU69 will be the farthest planetary encounter in history, happening one billion miles beyond the Pluto system - which New Horizons famously explored in July 2015, NASA said.

Why Game of Thrones Creators Writing Star Wars Might Be a Bad, Bad Idea
Vivo Rumoured to Be Working on Completely Bezel-Less Smartphone