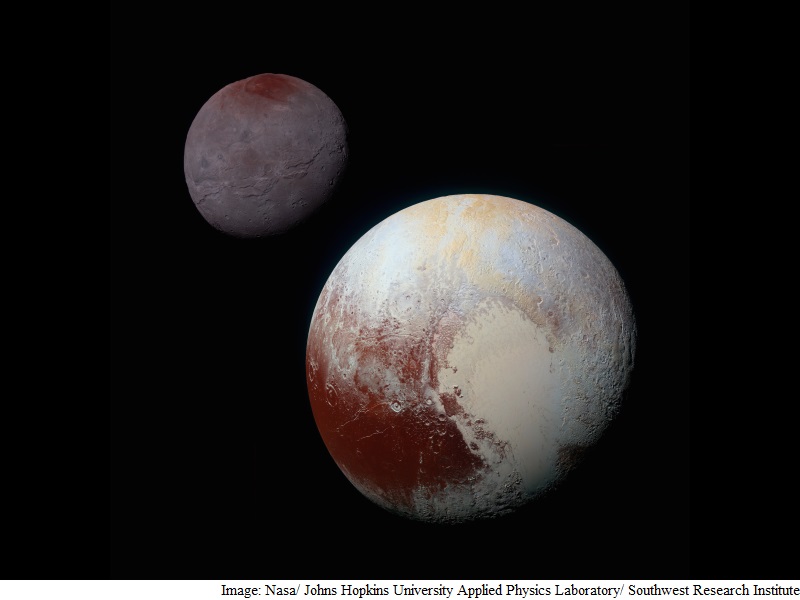 Nasa's New Horizons probe has returned the best colour and the highest resolution images ever of Pluto's largest moon Charon which show a surprisingly complex and violent history.

At half the diameter of Pluto, Charon is the largest satellite relative to its planet in the solar system.

Many New Horizons scientists expected Charon to be a monotonous, crater-battered world.

Instead, they found a landscape covered with mountains, canyons, landslides, surface-colour variations and more.

"We thought the probability of seeing such interesting features on this satellite of a world at the far edge of our solar system was low. But I couldn't be more delighted with what we see," said Ross Beyer from Nasa Ames Research Center in Mountain View, California.

The new images reveal details of a belt of fractures and canyons just north of the moon's equator.

This great canyon system stretches more than 1,600 km across the entire face of Charon and likely around onto Charon's far side.

Four times as long as the Grand Canyon, and twice as deep in places, these faults and canyons indicate a titanic geological upheaval in Charon's past.

"It looks like the entire crust of Charon has been split open," added John Spencer from the Southwest Research Institute in Boulder, Colorado.

"With respect to its size relative to Charon, this feature is much like the vast Valles Marineris canyon system on Mars," he said.

The New Horizons spacecraft is currently some five billion km from Earth with all systems healthy and operating normally.