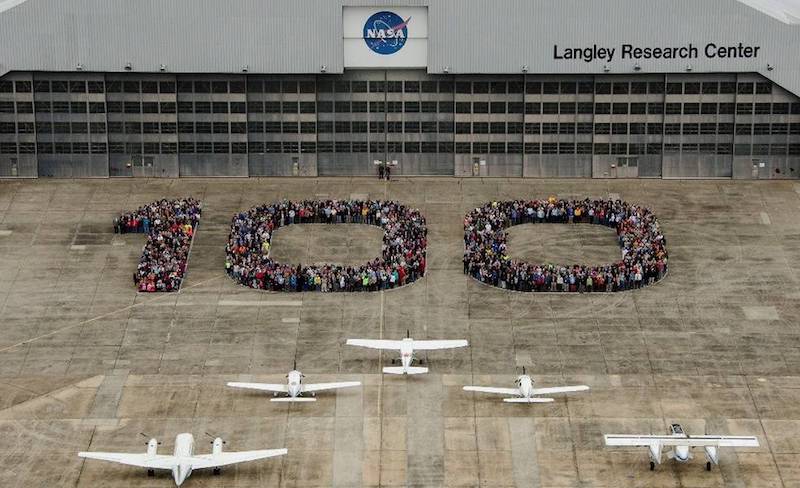 NASA's Langley Research Center - a facility that changed the way how aeroplanes fly today and space is explored - has completed 100 years, the space agency said in a statement on Monday.

Founded in 1917, Langley Memorial Aeronautical Laboratory was established as the US's first civilian facility focused on aeronautical research, with the an aim to "solve the fundamental problems of flight".

By 1958, Langley's governing organisation, the National Advisory Committee for Aeronautics, or NACA, that later became NASA, and Langley's accomplishments would soar from air into space.

During World War II, Langley engineers partnered with the military on the Bell X-1, an experimental aircraft that would fly faster than the speed of sound.

By 1959, the X-15 rocketed to hypersonic speeds, travelling five times faster than sound, paving the way for manned spaceflight.

Concerns over potential Soviet domination of space transformed the NACA into the National Aeronautics and Space Administration or NASA.

Langley then stepped up to train astronauts, including Neil Armstrong - the first human to set foot on the lunar surface, for their moon landing mission.

In 1976, Langley led the first successful US mission to the surface of Mars with the Viking 1, setting the stage for subsequent Red Planet exploration.

In August 2012, Langley achieved another milestone with the successful landing of the Mars Curiosity rover, whose heat shield included a suite of advanced sensors developed by and at Langley.

Farther ahead, "Langley stands to play a major role if a proposed 10-year NASA plan known as New Aviation Horizons - an ambitious undertaking to design, build and fly a variety of flight demonstration vehicles, or "X-planes" - is approved and funded," the statement read.

On the occasion of the centenary of Langley's birth, NASA released a 45-minute documentary that looks back at the 100 years at the legendary facility as well as giving a peek into the future.

Samsung to Recover Rare Metals, Components From Recalled Galaxy Note 7 Units
That’s You! Is a PS4 Game You Play With an Android or iOS Device