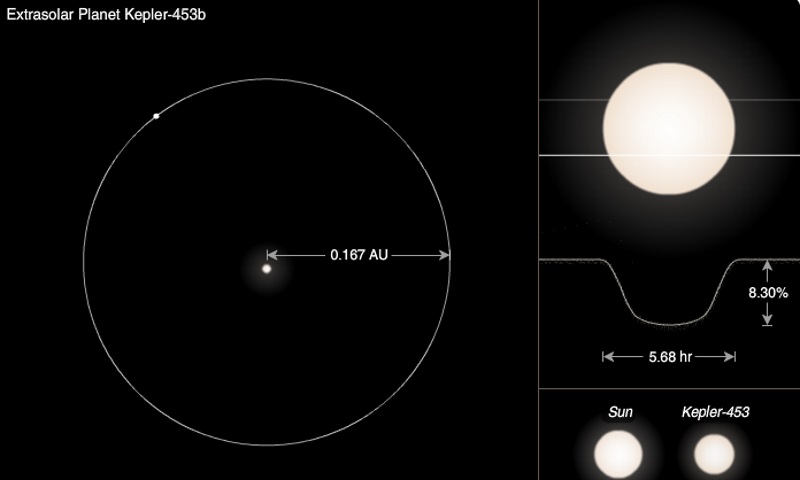 Nasa's Kepler mission has discovered a new planet orbiting two stars and located within its host stars' "habitable zone", the area around the stars in which life could potentially exist.

The planet, known as Kepler-453b, is the 10th such "circumbinary" planet discovered by the Kepler mission.

The planet's radius is 6.2 times that of Earth, or about 60 percent larger than Neptune, the astronomers calculated.

Its size indicates it is a gas giant, rather than a rocky planet, and thus unable to have life despite being in the habitable zone, they noted.

"But it could have moons that are rocky, which means you could have life on the moons in this system," said Stephen Kane, assistant professor of physics and astronomy at San Francisco State University and member of the team that made the discovery.

Any inhabitants of the system would see two suns in their sky much like the view from the planet Tatooine in the movie "Star Wars" orbiting each other every 27 days.

"We did not know circumbinary systems could exist until Kepler came along, and since then we have been finding them in larger numbers," Kane said.

The first two-star system was discovered by the Kepler mission in 2011.

The discovery of the new star appeared in the Astrophysical Journal.