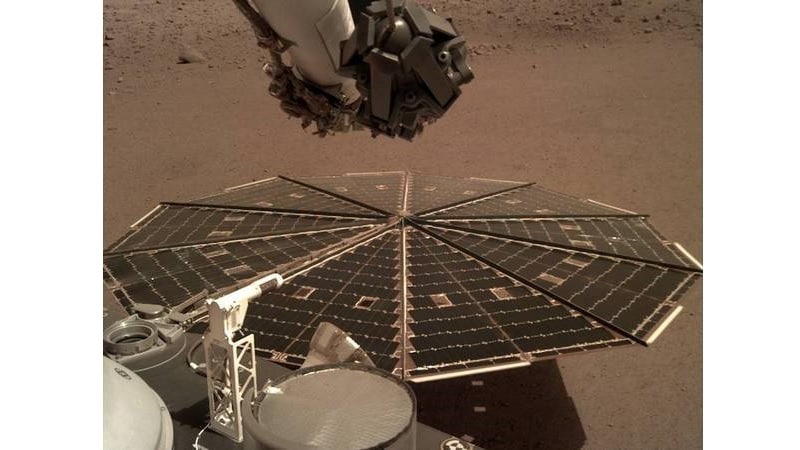 Humans can now hear the haunting, low rumble of wind on Mars for the first time, after NASA's InSight lander captured vibrations from the breeze on the Red Planet, the US space agency said Friday.

The strong gusts of wind, blowing between 10 to 15mph (five to seven meters a second), were captured as they moved over the solar panels on InSight, an unmanned lander that touched down on Earth's dusty, desolate neighbour November 26.

Two sensors picked up the vibrations: an air pressure sensor inside the lander and a seismometer on the lander's deck, awaiting to be deployed to the surface by InSight's robotic arm.

"This is the very first fifteen minutes of data that have come from the short period seismometer," said Thomas Pike, lead investigator at Imperial College London, during a conference call with reporters.

"It's a little like a flag waving in the wind," he added.

"It really sounds otherworldly, and that is exactly what it is."

InSight is designed to study the interior of Mars like never before, using seismology instruments to detect quakes and a self-hammering mole to measure heat escape from the planet's crust.

Sensing the wind, which moved from northwest to southeast at around 5 pm local time, was "an unplanned treat," said Bruce Banerdt, InSight principal investigator at NASA's Jet Propulsion Laboratory in Pasadena, California.

NASA's Viking 1 and 2 landers also picked up signals of the Martian wind when they landed in 1976.

They were measuring it at lower sampling rates, however, not frequencies that would be audible, and did not return sounds that people could listen to.

"Personally, listening to the sounds form the pressure sensor, reminds me of sitting outside on a windy summer afternoon, listening to the turbulent gusts come and go and whistle through your ears," said Don Banfield, a researcher at Cornell University.

"In some sense, this is what it would sound like if you were sitting on the Insight lander on Mars."

An audio track of the Martian wind is available on www.nasa.gov/insightmarswind.