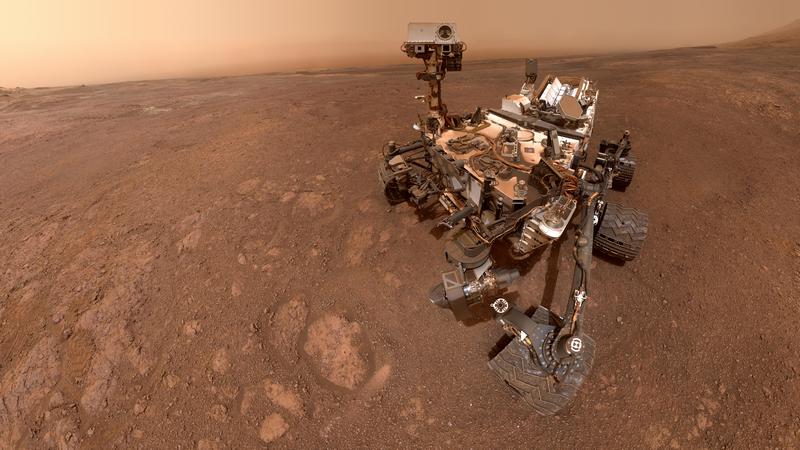 After spending more than a year on a twisting ridge on Mars, NASA's Curiosity rover has snapped its last selfie as it moves on to new sights on the Red Planet

"Curiosity rover has taken its last selfie on the Vera Rubin Ridge and descended toward a clay region of Mount Sharp. The twisting ridge on Mars has been the rover's home for more than a year, providing scientists with new samples and new questions to puzzle over," NASA said in a statement on Monday.

On January 15, Curiosity used its Mars Hand Lens Imager (MAHLI) camera on the end of its robotic arm to take a series of 57 pictures, which were stitched together into the selfie.

The images feature a location on the ridge called Rock Hall, which the rover drilled on December 15.

The Rock Hall drill hole is visible to the lower left of the rover; the scene is dustier than usual at this time of the year due to a regional dust storm.

Curiosity has been exploring the ridge since September 2017.

It is now heading into the "clay-bearing unit", which sits in a trough just south of the ridge.

Clay minerals in this unit may hold more clues about the ancient lakes that helped form the lower levels on Mount Sharp, NASA said.

Curiosity, which landed on Mars in 2012, was designed to assess whether Mars ever had an environment able to support small life forms called microbes. In other words, its mission is to determine the planet's "habitability".

Redmi Note 6 Pro, Redmi Note 5 Pro, Poco F1 Get Discounts During 'Mi Days' Sale on Flipkart
For Bruised Apple, a Need to Go Beyond the iPhone