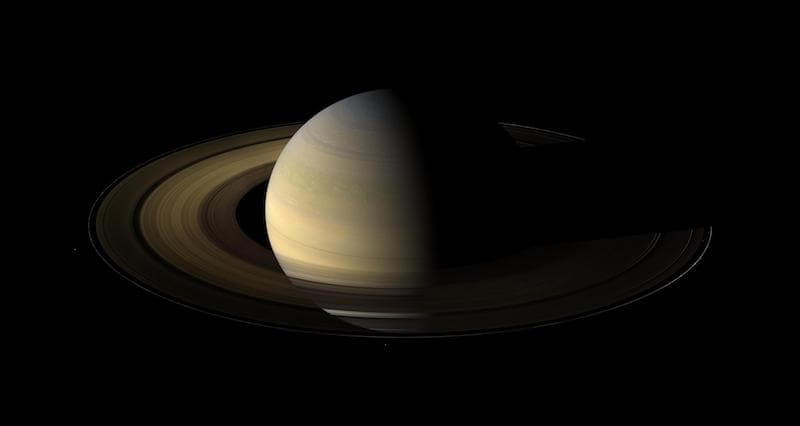 NASA's Cassini spacecraft has reached a new milestone as it observed Saturn's solstice - that is, the longest day of summer in the northern hemisphere and the shortest day of winter in the southern hemisphere - arriving the planet and its moons this week.

Reaching the solstice, and observing seasonal changes in the Saturn system along the way, was a primary goal of Cassini's Solstice Mission-- the name of Cassini's second extended mission, NASA said in a statement on Wednesday.

The Saturnian solstice occurs about every 15 Earth years as the planet and its entourage slowly orbit the sun, with the north and south hemispheres alternating their roles as the summer and winter poles.

Cassini arrived at Saturn in 2004 for its four-year primary mission to study Saturn and its rings and moons.

Cassini's first extended mission, from 2008 to 2010, was known as the Equinox Mission.

NASA chose to grant the spacecraft an additional seven-year tour, the Solstice Mission, which began in 2010.

"The Saturn system undergoes dramatic transitions from winter to summer, and thanks to Cassini, we had a ringside seat," Spilker said.

During its Solstice Mission, Cassini watched a giant storm erupt and encircle the planet.

The spacecraft also saw the disappearance of bluer hues that had lingered in the far north as springtime hazes began to form there.

The hazes are part of the reason why features in Saturn's atmosphere are more muted in their appearance than those on Jupiter.

Data from the mission showed how the formation of Saturn's hazes is related to the seasonally changing temperatures and chemical composition of Saturn's upper atmosphere.