NASA Announces Two New Missions to Venus, to Launch at the End of Decade

NASA said, "They will offer the entire science community the chance to investigate a planet we haven't been to in more than 30 years." 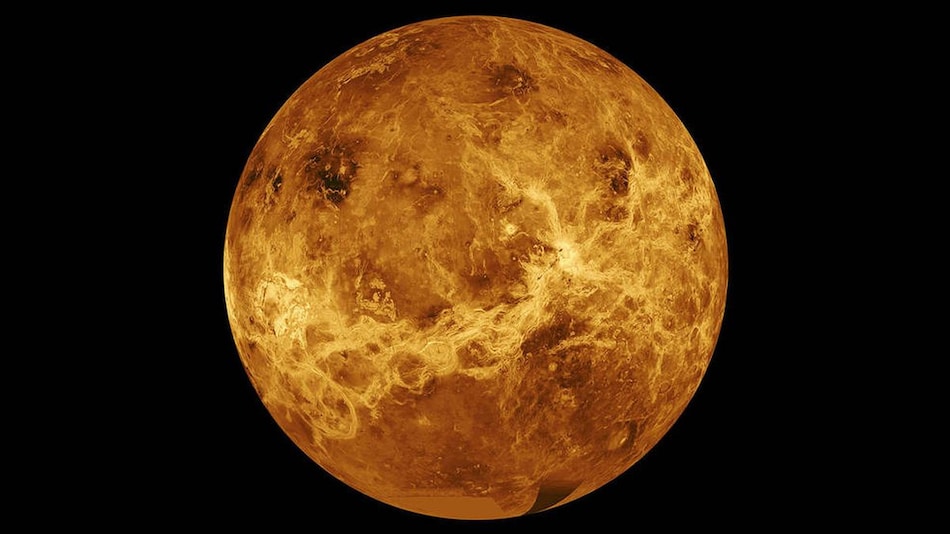 NASA announced two new missions to Venus on Wednesday that will launch at the end of the decade and are aimed at learning how Earth's nearest planetary neighbour became a hellscape while our own thrived.

"These two sister missions both aim to understand how Venus became an inferno-like world, capable of melting lead at the surface," said Bill Nelson, the agency's newly-confirmed administrator.

"They will offer the entire science community the chance to investigate a planet we haven't been to in more than 30 years."

In today's #StateOfNASA address, we announced two new @NASASolarSystem missions to study the planet Venus, which we haven't visited in over 30 years! DAVINCI+ will analyze Venus' atmosphere, and VERITAS will map Venus' surface. pic.twitter.com/yC5Etbpgb8

The missions have been awarded about $500 million (roughly Rs. 3,650 crores) under NASA's Discovery Program, and each is expected to launch in the 2028-2030 timeframe.

Both missions were picked from a competitive, peer-reviewed process based on their scientific value and feasibility of their plans.

DAVINCI+, which stands for Deep Atmosphere Venus Investigation of Noble gases, Chemistry, and Imaging, will gather more detail on the composition of Venus' primarily carbon dioxide atmosphere, to learn how it formed and evolved.

The mission also seeks to determine whether the planet once had an ocean.

A descent sphere will plunge through the dense atmosphere which is laced with sulfuric acid clouds.

It will precisely measure the levels of noble gases and other elements to learn what gave rise to the runaway greenhouse effect we see today.

The results could reshape scientists' understanding of terrestrial planet formation.

The other mission is called VERITAS, an acronym for Venus Emissivity, Radio Science, InSAR, Topography, and Spectroscopy.

This will aim to map the Venusian surface from orbit and delve into the planet's geologic history.

Using a form of radar that is used to create three-dimensional constructions, it will chart surface elevations and confirm whether volcanoes and earthquakes are still happening on the planet.

It will also use infrared scanning to determine rock type, which is largely unknown, and whether active volcanoes are releasing water vapor into the atmosphere.

While the mission is NASA led, the German Aerospace Center will provide the infrared mapper, while the Italian Space Agency and France's Centre National d'Etudes Spatiales will contribute to the radar and other parts of the mission.

"It is astounding how little we know about Venus, but the combined results of these missions will tell us about the planet from the clouds in its sky through the volcanoes on its surface all the way down to its very core," said Tom Wagner, NASA's Discovery Program scientist.

"It will be as if we have rediscovered the planet."

NASA's last Venus orbiter was Magellan, which arrived in 1990, but other vessels have made fly-bys since then.