NASA to Work With UAE on Mars Probe 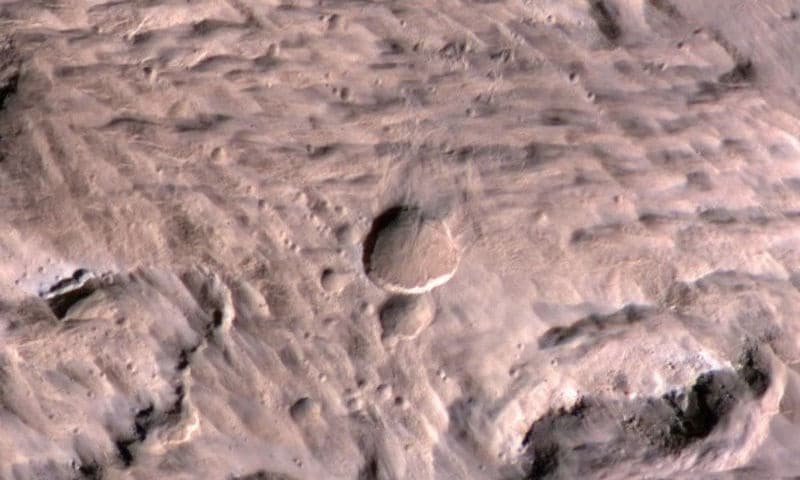 US space agency NASA will work with the United Arab Emirates (UAE) Space Agency to put communications capability on the UAE's Mars spacecraft Hope that will reach the Red Planet in 2021, an official said on Sunday.

Dr Gale Allen, NASA's Deputy Chief Scientist, in an interview to Gulf News said that the development is part of an "umbrella agreement" for collaboration between the two agencies.

"We want to work very closely with the UAE on any other missions going forward," Allen, who was in the UAE for the UN-UAE High Level Forum on "Space as a Driver for Socio-Economic Sustainable Development", was quoted as saying.

"For the Mars probe, one of things that is very interesting to us is an opportunity to put communications capability on the probe. The importance for us is that we really want to send humans to Mars in the 2030s," she said.

(Also see: NASA Unveils a Laser-Based Nose to Sniff for Signs of Life on Mars)

"We are looking at, possibly at some point, putting better communications up there. If we could partner and leverage the UAE Mars probe, it is certainly going to be beneficial for us," she noted.

On the agreement, she pointed out that it was an "umbrella agreement", which meant that NASA wanted to collaborate in future space exploration missions.

"The Mars probe is the first step in...collaborations, but we certainly look at this as a long-term partnership," she noted.

The Hope spacecraft will travel more than 60 million km in its nine-month journey, coinciding with the UAE's 50th anniversary in 2021.

The mission will be supervised by the UAE Space Agency and developed by Mohammad Bin Rashid Space Centre (MBRSC), with support from international partners.