NASA to Use Laser Communication for High-Speed Space 'Internet' 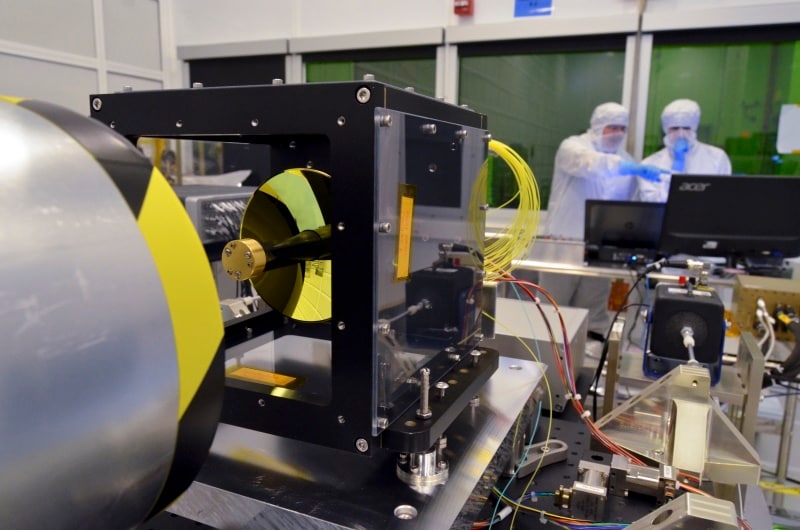 In a step towards verifying the efficacy of laser communications for speedier data rates for connections between spacecraft and the Earth, NASA said it is developing a trailblazing, long-term technology demonstration mission.

The Laser Communications Relay Demonstration (LCRD) mission, scheduled for launch in 2019, will help NASA understand the best ways to operate laser communications systems, the US space agency said in a statement on Wednesday.

They could enable much higher data rates for connections between spacecraft and the Earth, such as scientific data downlink and astronaut communications.

"LCRD is the next step in implementing NASA's vision of using optical communications for both near-Earth and deep space missions," said Steve Jurczyk, Associate Administrator of NASA's Space Technology Mission Directorate, which leads the LCRD project.

"This technology has the potential to revolutionize space communications, and we are excited to partner with the Human Exploration and Operations Mission Directorate's Space Communications and Navigation program office, MIT Lincoln Labs and the US Air Force on this effort," Jurczyk said.

Laser communications, also known as optical communications, encodes data onto a beam of light, which is then transmitted between spacecraft and eventually to Earth terminals.

This technology offers data rates that are 10 to 100 times better than current radio-frequency (RF) communications systems.

Such capability will become critically important as humans embark on long journeys to the moon, Mars and beyond.

"LCRD is designed to operate for many years and will allow NASA to learn how to optimally use this disruptive new technology," Don Cornwell of the Space Communications and Navigation programme office at NASA Headquarters said.

"We are also designing a laser terminal for the International Space Station that will use LCRD to relay data from the station to the ground at gigabit-per-second data rates," Cornwell said.

"We plan to fly this new terminal in 2021, and once tested, we hope that many other Earth-orbiting NASA missions will also fly copies of it to relay their data through LCRD to the ground," Cornwell added.