Nasa to Hold Next Mars Rover Discussion on Facebook Live 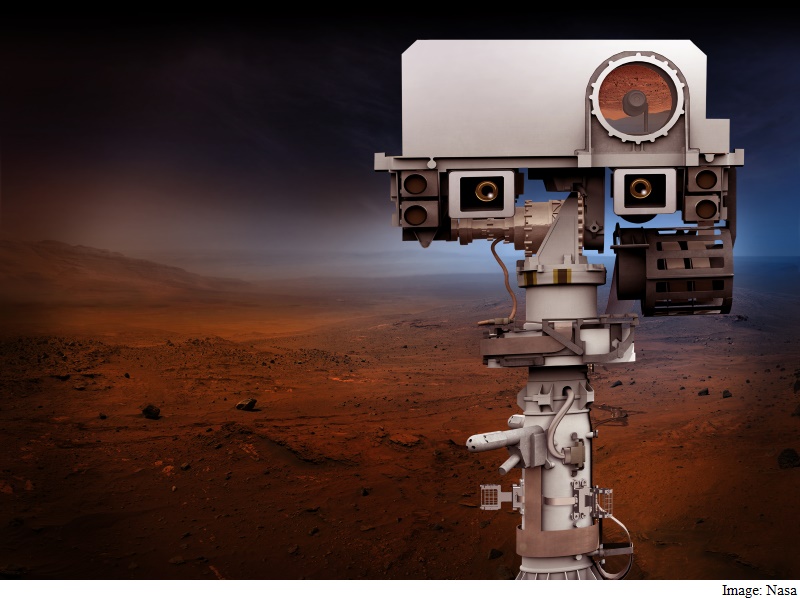 Nasa will host a Facebook Live event at 10:30pm India time on Friday to discuss the science and technology aboard Nasa's next Mars rover - Mars 2020.

The scientists will talk about the significant step the agency is taking on Mars 2020's journey to Mars, proceeding with final design and construction of the robotic explorer, Nasa wrote in a blog.

During the event, viewers will get a glimpse of the Mars Yard and rock drilling facility at Nasa's Jet Propulsion Laboratory (JPL) in Pasadena, California, and can ask questions during the programme via Facebook.

Mars 2020 will look for signs of past life in a region of Mars where the ancient environment is believed to have been favourable for microbial life.

In addition to collecting samples of Martian rock and soil that a potential future mission could return to the Earth for analysis, the rover will also assess Mars' geology and modern environment, providing context for other investigations.

These studies will address high priority goals for planetary science and further aid Nasa's preparations for a human mission to the Red Planet, Nasa said.

Kenneth Farley, Mars 2020 project scientist at Caltech in Pasadena, Matt Robinson, Mars 2020 sampling and caching team deputy manager at JPL, and Allen Chen, Mars 2020 entry, descent and landing lead at JPL, will be interacting with the people live on Facebook.

Meanwhile, the Curiosity Mars rover which was brought out of the "safe mode" on July 9 after it put itself into a precautionary safe standby mode on July 2, has resumed full operations.

After investigating why the rover put itself into a safe mode, Nasa's engineers said that the most likely cause was a software mismatch in one mode of how image data are transferred on board.

Curiosity has entered safe mode three times previously, all during 2013.

The rover landed in Mars' Gale Crater and has been exploring the area since August 2012.

During its first year on Mars, the mission achieved its goal by determining that, more than three billion years ago, the region offered fresh-water lakes and rivers with environmental conditions well-suited to supporting microbial life, if life has ever existed on Mars.

Recently, the US space agency said it was planning to drive the Curiosity Rover towards water sites on the Martian surface to further investigate the long, seasonally changing dark streaks briny water in the hope of finding evidence of life.