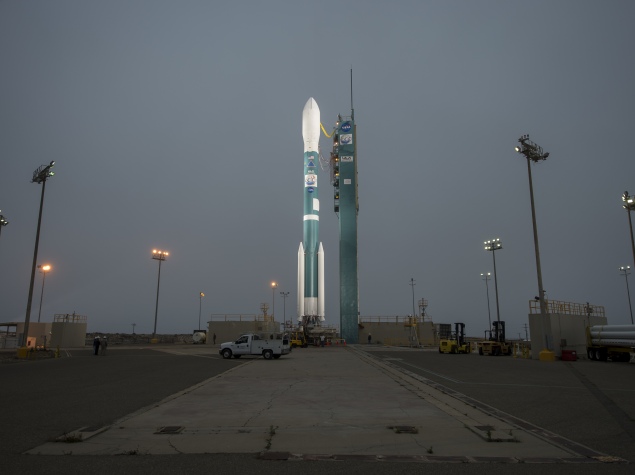 A rocket carrying a Nasa satellite designed to track global warming has launched from California five years after the original crashed.

The Delta 2 rocket blasted off into the pre-dawn skies Wednesday over Vandenberg Air Force Base. It is carrying a satellite dedicated to studying carbon dioxide, the chief culprit behind climate change.

The rocket carries Nasa's $465 million Orbiting Carbon Observatory. Built by Orbital Sciences Corp, it is designed to measure where carbon dioxide, a greenhouse gas tied to climate change, is moving into and out of the atmosphere.

"Now that humans are acknowledging the environmental effects of our dependence on fossil fuels and other carbon dioxide-emitting activities, our goal is to analyze the sources and sinks of this carbon dioxide and to find better ways to manage it," said Gregg Marland, a professor in the Geology Department of Appalachian State University, Boone, North Carolina.

The satellite will take 24 measurements every second, about a million per day, but clouds are a major obstacle. Its field of view is about one square mile (three square kilometers), so even wispy clouds can obscure its measurements. Nasa expects about 100,000 of the satellite's data snapshots from around the world daily will be sufficiently cloud-free to be useful.

The United Launch Alliance had just 30 seconds to get the rocket off the launch pad to properly position the OCO satellite at the front of a train of polar-orbiting spacecraft that passes over Earth's equator at the same time every afternoon.

In 2009, the space agency launched a replica satellite aboard a smaller and cheaper Taurus XL rocket. Minutes after liftoff, the rocket crashed into the ocean off Antarctica.

Flipkart Expands 'In-a-Day Guarantee' Delivery Service to 50 Cities
New Infosys Chief Vishal Sikka to Get Salary of up to $5.08 Million