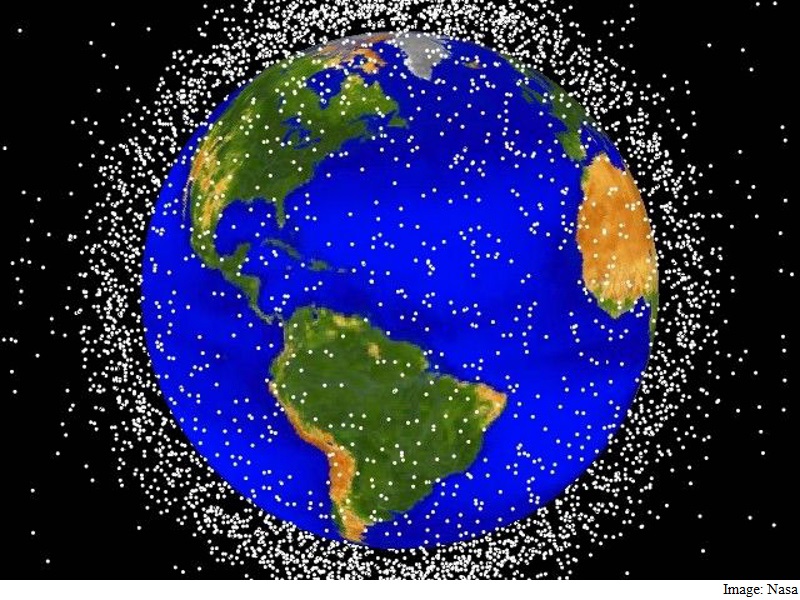 With a mysterious space object making a splash into the Earth's atmosphere on November 13, Nasa administrator Charles Bolden has shown concern about the growing junk in the space that may threaten the planet in near future.

Dubbed WT1190F, the unknown object - either a spent rocket stage, a paneling shed or a piece of debris dating back to the Apollo missions - was predicted to make a splashdown in the Indian Ocean about 100 km off the coast of Sri Lanka.

But it was unclear if the object actually landed.

According to Bolden, it is the right time to clean up space crowded with all kinds of objects - from non-functional spacecraft, abandoned launch vehicle stages, mission-related debris and fragmentation debris, oxnews.com reported.

"Not a lot of countries are putting money into debris removal development and more of us need to," he was quoted as saying.

Nasa has estimated roughly 500,000 pieces of space junk and there may be more than 100 million tiny fragments.

Earlier, a large space rock zipped past the Earth on Halloween on October 31 that was most likely a dead comet that fittingly bears an eerie resemblance to a skull.

Scientists observing asteroid named 2015 TB145 determined that the celestial object was more than likely a dead comet that has shed its volatiles after numerous passes around the Sun, Nasa had said in a statement.

The belated comet has also been observed by optical and radar observatories around the world, providing even more data, including our first close-up views of its surface.

The next time the asteroid will be in Earth's neighbourhood will be in September 2018, when it will make a distant pass at about 38 million km or about a quarter the distance between Earth and the sun.