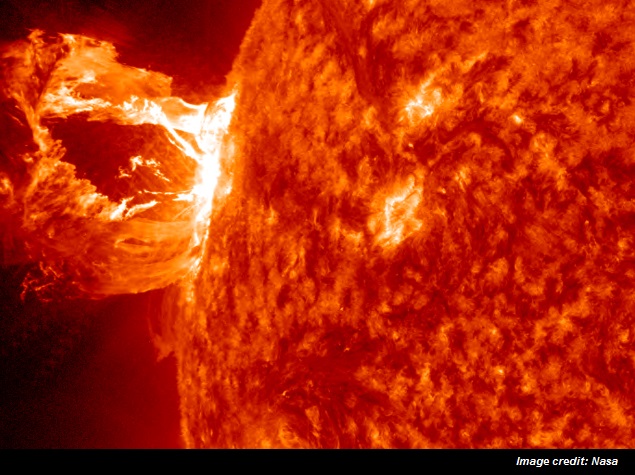 The most powerful solar flare ever is beginning to rotate to a position directly in line with Earth that, if it hits the ground, can send GPS and communication signals out of gear, the Nasa reported.

The sun is going through an 11-year cycle which at its peak is called a solar storm maximum.

"These solar flares are powerful bursts of radiation that can disturb the atmosphere in the layer where GPS and communications signals travel," said Nasa spokesperson Karen Fox.

Some of the flares spewing from the sun's surface can be at least 14 times the size of Earth.

Even as the intensity of flares from the sun begins to diminish, they could hit Earth well into subsequent years, until the cycle reaches a so-called solar-storm minimum, a report on wnd.com website said.

In response to defence-system vulnerabilities to an electromagnetic pulse, or EMP, strike, the US Defence Department has decided to harden all its "ground, air, maritime, and space-based platforms, electronic and electrical systems, subsystems and equipment".