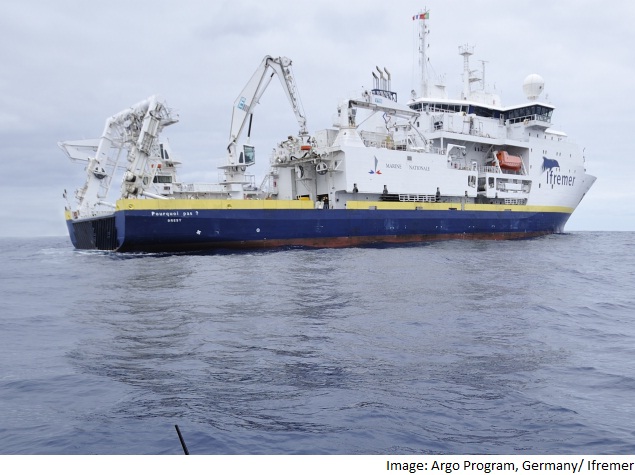 A layer of the Indian and Pacific oceans, between 100-300 metres below the surface, has been accumulating more heat than previously recognised, thus temporarily hiding global warming, Nasa has reported.

The study of ocean temperature measurements shows that in recent years, extra heat from greenhouse gases has been trapped in the waters of the Pacific and Indian oceans.

According to researchers, this shifting pattern of ocean heat accounts for the slowdown in the global surface temperature trend observed during the past decade.

However, in the 21st century, this pattern seemed to change temporarily.

The study, published in the journal Science, also found that the movement of warm water has affected surface temperatures.

These measurements show temperatures below the surface have been increasing.

The Pacific Ocean is the primary source of the subsurface warm water found in the study, though some of that water now has been pushed to the Indian Ocean.

Since 2003, unusually strong trade winds and other climatic features have been piling up warm water in the upper 1,000 feet of the western Pacific, pinning it against Asia and Australia.

"The western Pacific got so warm that some of the warm water is leaking into the Indian Ocean through the Indonesian archipelago," Nieves noted.

Pauses of a decade or more in Earth's average surface temperature warming have happened before in modern times, with one occurring between the mid-1940s and late 1970s.

"In the long term, there is robust evidence of unabated global warming," Nieves said.

Micromax Canvas Laptab LT666 Review: Super-Affordable Windows 2-in-1 With 3G
I Watched TV on TV and I Want Out