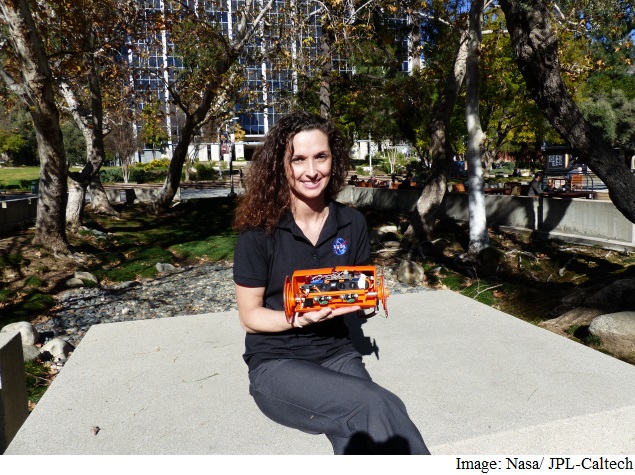 Nasa has developed a robot that is enabling researchers to put together a 3D map of a fissure - a crack that erupts magma - that is now inactive on Hawaii's Kilauea volcano.

The research has several implications for the study of extraterrestrial volcanoes.

On both Earth and Mars, fissures are the most common physical features from which magma erupts.

"This is probably also true for the previously active volcanoes on the moon, Mercury, Enceladus and Europa, although the mechanism of volcanic eruption - whether past or present - on these other planetary bodies is unknown," said Carolyn Parcheta, postdoctoral fellow at Nasa's Jet Propulsion Laboratory (JPL) who worked with the robot called VolcanoBot 1 in Hawaii in May 2014.

While VolcanoBot 1 was tested at Kilauea volcano in Hawaii, a lighter, smaller VolcanoBot 2 will be tested this year.

Parcheta and her co-advisor Aaron Parness, robotics researcher at JPL, are developing robots that can get into crevices where humans would not be able to go, gaining new insights about these wondrous geological features.

"We do not know exactly how volcanoes erupt. We have models but they are all very, very simplified. This project aims to help make those models more realistic," Parcheta noted.

VolcanoBot 1 was able to descend to depths of 82 feet in two locations on the fissure, although it could have gone deeper with a longer tether, as the bottom was not reached on either descent.

"In order to eventually understand how to predict eruptions and conduct hazard assessments, we need to understand how the magma is coming out of the ground. This is the first time we have been able to measure it directly, from the inside, to centimeter-scale accuracy," Parcheta pointed out.

The team plans to test VolcanoBot 2 at Kilauea in early March this year.