NASA Researchers: Ocean on Jupiter's Moon Europa May Be Able to Sustain Life

NASA researchers have used data from the Galileo mission and Hubble Space Telescope to create a model of the ocean on Europa. 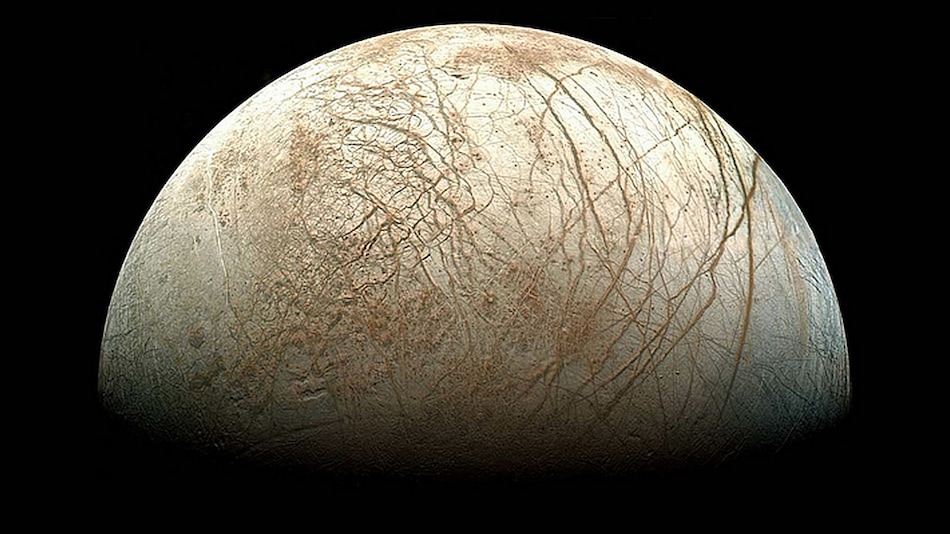 NASA researchers said that the subsurface ocean on Jupiter's moon Europa could be habitable for life. In the latest research presented at the virtual Goldschmidt geochemistry conference, scientists explain a new model showing the composition of the interior ocean of Europa and other physical characteristics of its hidden layers. They said that this water, under the icy shell of the moon, could have been formed due to tidal forces or radioactive decay that has broken down water-containing minerals. The abstract for the research has been published on the Goldschmidt 2020 website.

As per the press release by Astrobiology.com, this study was carried out by researchers from NASA's Jet Propulsion Laboratory and lead by Dr. Mohit Melwani Daswani. They used data from the Galileo mission and the Hubble Space Telescope to create a new model of Europa's core and the ocean. “We were able to model the composition and physical properties of the core, silicate layer, and ocean. We find that different minerals lose water and volatiles at different depths and temperatures,” lead researcher Daswani said.

“Indeed it was thought that this ocean could still be rather sulfuric, but our simulations, coupled with data from the Hubble Space Telescope, showing chloride on Europa's surface, suggests that the water most likely became chloride rich. In other words, its composition became more like oceans on Earth. We believe that this ocean could be quite habitable for life,” Daswani explained.

The lead researcher stated that Europa is one of the best chances of finding life beyond Earth. And, this directly affects the upcoming Europa Clipper mission by NASA that will launch in the next few years. The mission is to investigate Europa's habitability. Further, it was pointed out that Jupiter's other moon Ganymede, and Saturn's moon Titan may also have oceans that have been formed by the same process.

The research is yet to be peer-reviewed and has was presented on Wednesday, June 24, at the virtual Goldschmidt geochemistry conference.

Apple, Other US Goods From China Said to Be Held Up at Indian Ports
Jack Ma Dethroned as China's Richest by Tencent's Pony Ma