NASA Is Excited to See Perseverance in Ingenuity's Aerial Images. But Where Is It?

NASA's Ingenuity helicopter took the photo from a distance of 1,600 feet and a height of 39 feet from the Perseverance rover on Mars. 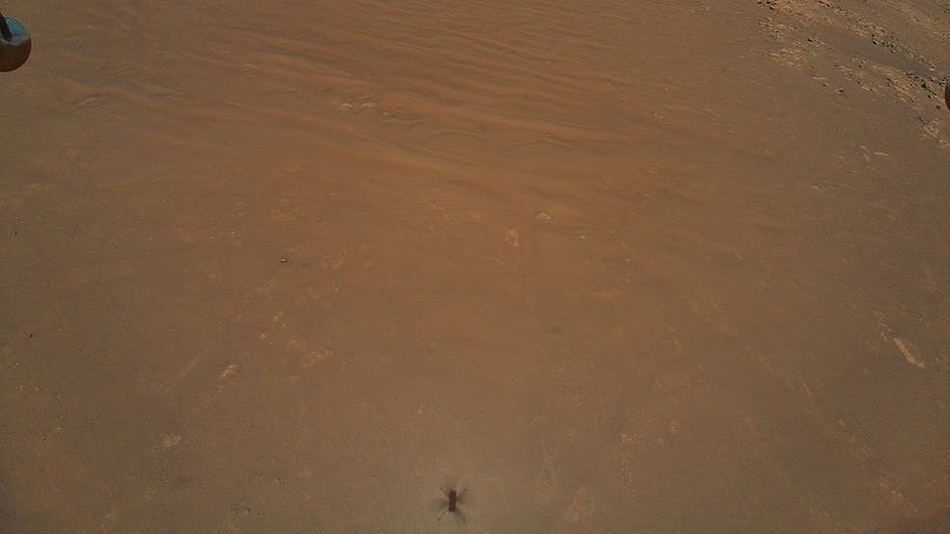 A recent picture by NASA can leave us wondering. The aerial shot shows a vast expanse of Mars surface and is taken by NASA's Ingenuity Mars Helicopter on its 11th flight on the planet. Look close into the photo. Can you see NASA's Perseverance Rover amidst the seemingly monochrome desert of the Red Planet? It's right there and NASA's scientists are all gaga to see their newest rover on the planet at work from a distance of 1,600 feet and a height of 39 feet. Ingenuity snapped many photos of Mars on its recent flight. Most of the pictures showed geographical features like sand dunes, boulders, and rocky lands in the South Séítah region of Jezero Crater. But a few of the photos, when zoomed in, can show Perseverance working on its first science campaign.

On NASA's website, Robert Hogg, Senior Systems Engineer at NASA, was quoted saying, "Ingenuity's aerial images are awesome – but even better when you get to play ‘Where's Perseverance?' with them." He added, “Once you find our rover and zoom in, you can make out some details, like the wheels, remote sensing mast, and the MMRTG (Multi-Mission Radioisotope Thermoelectric Generator) on the aft end.”

But where do we find the tiny speck amidst the sand dunes? Any guesses where Perseverance might be? If we look at one photo, we distinctly see Ingenuity's shadow. Straight up from it, just beyond and right of South Seitah's dune we see a "bright white speck". If we zoom in on that speck, that's the Mars Rover we are looking for.

According to NASA's website, Ingenuity's 11th flight was designed to keep it ahead of the rover. Its goal was to photograph geological features where the rover couldn't get.