NASA posted the image on Instagram and explained why the clouds and stars appear so colourful. 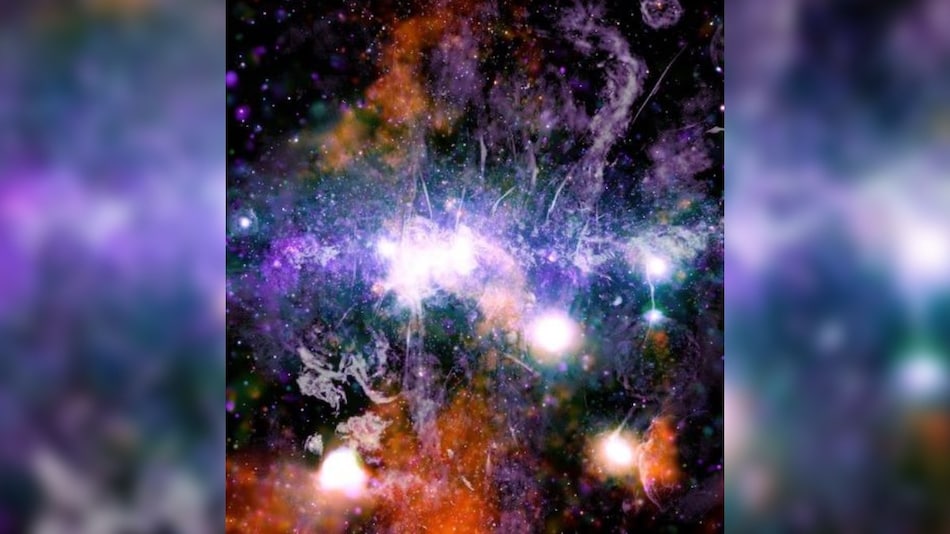 NASA shared an image of the Milky Way's galactic centre

NASA never stops surprising us with stunning images from outer space. In a new Instagram post, the space agency has released a new photo of Milky Way on October 19. The colourful image is a panorama of the Milky Way's galactic centre. NASA mentions that by “combining observations from across the electromagnetic spectrum,” it has been able to reveal the “presence of intertwined threads of energy up to 20 light-years long.” The space agency added that “learning more about these threads may help us study space weather, like the solar wind that blows through our solar system, and better understand the cosmic tapestry of the Milky Way's core.”

The photo shows a burst of colourful clouds and clusters of stars. NASA explains the magical colours in the photo. "The orange, green, blue and purple areas of this image correspond to different levels of X-ray energy," the caption read.

The subtle lilac and grey tones were caused because of other reasons. The caption explained that the "radio waves (were) shown in lilac and grey." Radiowaves have a lower frequency and longer wavelengths than X-rays, hence they show different colours on the picture.

Earlier in July, NASA had shared another stunning image of a galaxy called M77, and also explained how it has been “shaped.” In the post, NASA also explained the role played by magnetic fields in shaping various galaxies.

In another post in June, the American space agency shared a photograph of two swirling galaxies merging in a galactic system 140 million light-years from Earth. In the caption, NASA mentioned that “as these two become one, shock waves rumble through both galaxies and trigger waves of new star formation.”