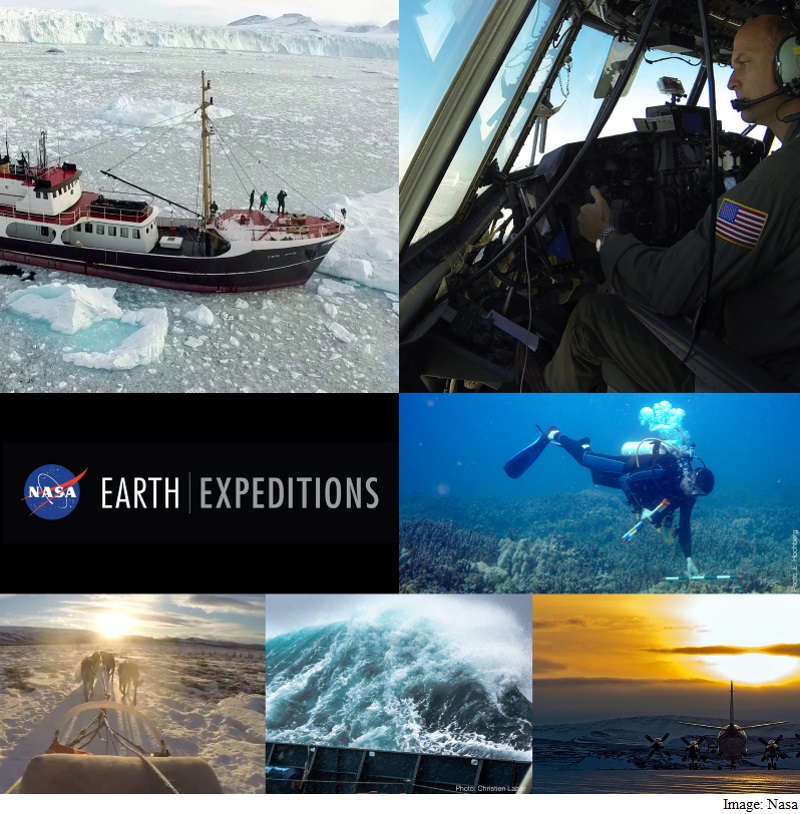 Nasa is sending scientists around the world this year - from the edge of the Greenland ice sheet to the coral reefs of the South Pacific - to delve into challenging questions about how our planet is changing and what impact humans are having on it.

While Earth science field experiments are nothing new for Nasa, the next six months will be a particularly active period with eight major new campaigns taking researchers around the world on a wide range of science investigations, the US space agency said in a statement.

"Combining the long-term global view from space with detailed measurements from field experiments is a powerful way of deciphering what's happening in our world," said Michael Freilich, director of Nasa's Earth Science Division in Washington.

The first of the new projects, currently in the field, is an examination of the extent to which the oceans around Greenland are melting the edges of the ice sheet from below.

Air quality is the focus of the Korea US-Air Quality (KORUS-AQ) campaign in South Korea, which begins in May. This joint study between Nasa and the Republic of Korea is aimed at advancing the ability to monitor air pollution from space, with coordinated observations from aircraft, ground sites, ships and satellites.

Also in May, the North Atlantic Aerosols and Marine Ecosystems Study (NAAMES) takes to the sea and air for the second year to study how the world's largest plankton bloom gives rise to small organic particles that influence clouds and climate.

Throughout much of this year, teams of scientists working on the Arctic Boreal Vulnerability Experiment (ABoVE) will be in the tundra and forests of Alaska and northwestern Canada investigating the role of climate in wild fires, thawing permafrost, wildlife migration habits and insect outbreaks, Nasa said.

In June, the Coral Reef Airborne Laboratory (CORAL) project team will begin testing airborne and in-water instruments in Hawaii to assess the condition of threatened coral-based ecosystems. CORAL's next stop will be Australia's Great Barrier Reef.

Three airborne research campaigns will take to the skies this summer, focusing on critical climate-related components of the atmosphere. Flying tracks over the Pacific and Atlantic oceans thousands of miles long, the team of the Atmospheric Tomography (ATom) mission will gather measurements on more than 200 different chemical species from the ocean surface up to approximately seven miles in the atmosphere to understand how the movement and transformation of short-lived greenhouse gases, such as ozone and methane, contribute to climate change.

Focusing on the skies over the eastern half of the United States, the Atmospheric Carbon and Transport - America (ACT-America) research team will track the movement of atmospheric carbon to better understand the sources and sinks of greenhouse gases. Flights will originate from Louisiana, Nebraska and Virginia.

The Observations of Clouds above Aerosols and their Interactions (ORACLES) study will use airborne instruments to probe the impact on climate and rainfall of the interaction between clouds over the southeastern Atlantic Ocean and smoke from massive vegetation burning in southern Africa.

Nasa believes that a better understanding of how the smoke particles alter stratocumulus clouds that play a key role in regional and global surface temperatures and precipitation will help improve current climate models.