Astronauts aboard the ISS have been witness to some of the most spectacular views of the Earth and its major landmarks. 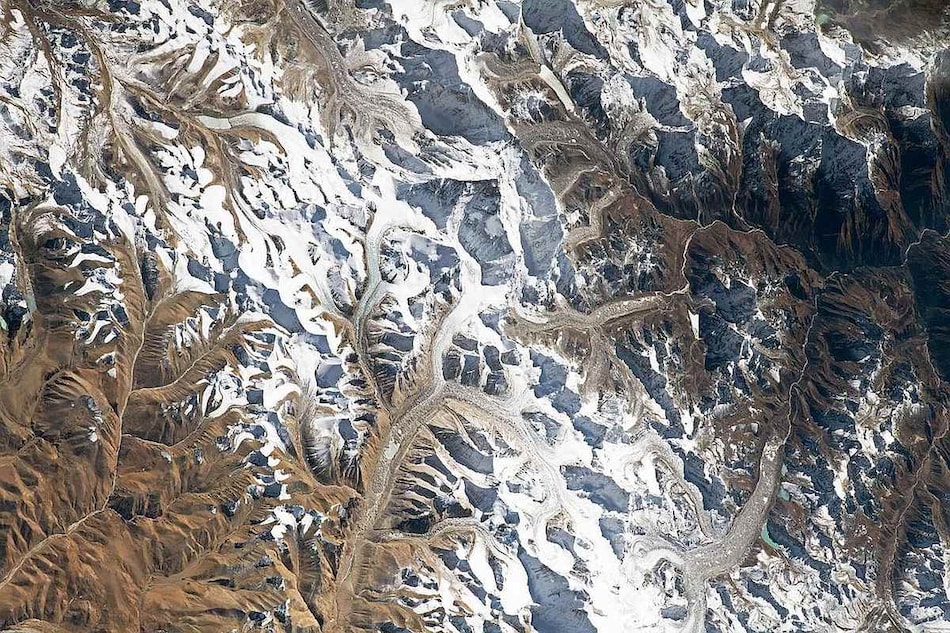 It's a famous view, but slightly different from what we are accustomed to seeing so far. A stunning photograph of Mount Everest has been shot by astronauts aboard the International Space Station (ISS). The photo, shared by NASA on Instagram, shows an aerial image of the mountain with many snow-capped peaks, and it looks distinct and different from how it appears from the ground. The highest peak on Earth may appear enormous on the ground, but when viewed from space it easily blends into the surrounding terrain. If you look at the aerial image, it may be tough for you to identify it on the mountain.

NASA captioned the post, “Mt. Everest like you've never seen it before. The highest mountain on Earth takes on a different perspective from the vantage point of space. An astronaut aboard the International Space Station took this near-nadir (almost straight down) photograph of Mount Everest, which towers approximately 29,029 feet (8,848 meters) above sea-level.”

NASA added in the caption, “This world-renowned summit just keeps growing – approximately 1 centimetre per year due to the progressive uplift of the crust caused by the convergence of the Indian and Eurasian tectonic plates.”

At the time of writing, over 2.3 lakh users have liked the photo on Instagram.

Photography seems to be a favourite pastime for astronauts aboard the ISS. Be it the pyramids of Egypt or the Great Wall of China, they have been witness to some of the most spectacular views of the Earth and its major landmarks.

A few years ago, European Space Agency astronaut Thomas Pesquet shared a photograph of the Egyptian pyramids at Giza from the ISS. He had shared the photos on Twitter, but they were not the ones he was searching for. “Thought I finally had the pyramids, but these are the smaller ones further south. Gosh they're not easy to spot from space! Still looking,” Pesquet had tweeted.

Thought I finally had the pyramids, but these are the smaller ones further south. Gosh they're not easy to spot from space! Still looking ;) pic.twitter.com/qbAanafovf

Then, in 2018, Russian cosmonaut Oleg Artemyev of Roscosmos posted a photo from the ISS in which he was fairly sure he had captured the Great Wall of China. The epic structure, though, was difficult to discern in the image.

The @Space_Station flies over China. @Astro_Alex and I think that in this photo we can see the Great Wall of China. I've been looking for it for a long time! pic.twitter.com/W5sN1xlmDC