NASA shared a photo of the galaxy cluster named Abell 3827, located in the Indus constellation. 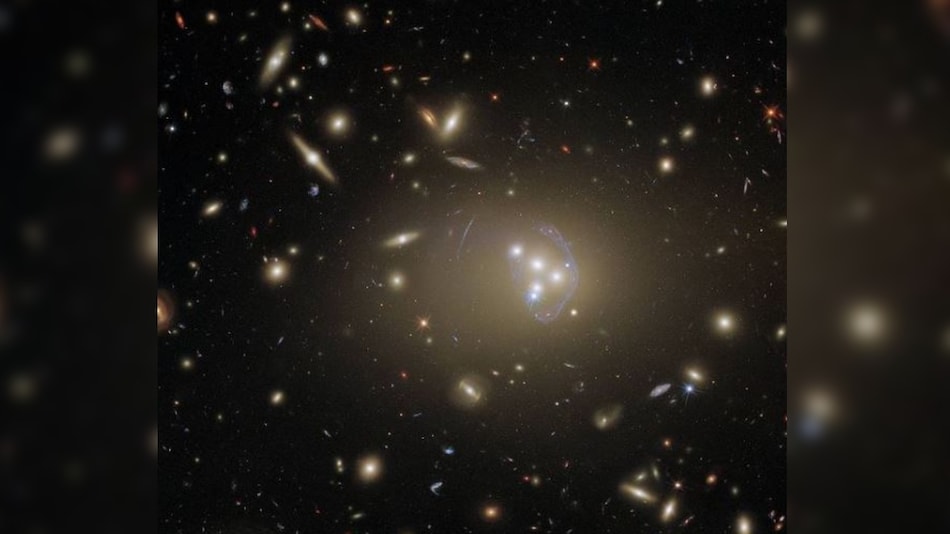 NASA shared this image on Instagram with the caption, "An image worth hundreds of galaxies"

NASA's Hubble Space Telescope has captured a stunning image of a galaxy cluster. The US space agency shared the image on its Instagram page, leading to a huge excitement among astronomers and sky gazers alike. The galaxy cluster, named Abell 3827, is located nearly 1.3 billion light-years away in the southern hemisphere constellation of Indus. It is so massive that its gravity bends light like a giant lens. NASA said the image was “worth hundreds of galaxies” and was captured using two cameras.

The American space agency stated that its Hubble telescope observed the galaxy cluster while it was studying dark matter — one of the greatest puzzles for cosmologists, and it offers a wealth of information and exciting possibilities for astronomers.

“Less than 100 years ago, many astronomers thought that the Milky Way was the only galaxy in the universe. Now, we're able to capture an image of a cluster of hundreds of galaxies. Using two cameras set to different specifications,” stated NASA.

In a blog post, NASA has described dark matter as one of the great mysteries of science because scientists “know more about what dark matter is not, though they do have a few ideas about what it could be.”

Separately, NASA said in a statement that the discovery of the Great Andromeda Nebula by American astronomer Edwin Hubble, after whom the Hubble Space Telescope is named, first confirmed that the universe is far more expansive than humankind had thought previously. The Andromeda galaxy, also known as M31, is the closest large spiral galaxy to ours.

The Hubble telescope was launched in 1990 as a collaboration project between NASA and the European Space Agency. The telescope has an unobstructed view of the universe.

Apple’s Find My Network Could Be Exploited to Send Text Messages to Nearby Devices, Security Researcher Finds