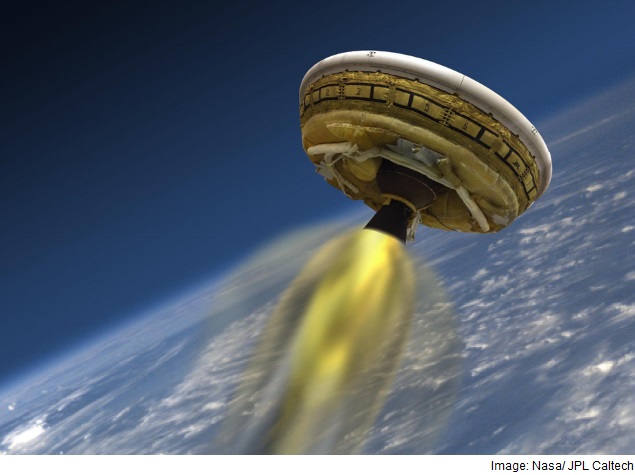 Nasa's test run of a Mars landing system came to a quick end on Monday when the saucer-shaped vehicle's parachute tore away after partly unfurling high over the Pacific Ocean, a Nasa TV broadcast showed.

A similar problem bedevilled the Low Density Supersonic Decelerator's (LDSD) debut run last year. The parachute was redesigned and reinforced for the second flight, but more work will be needed before the system is ready to land heavy loads on Mars.

"This is exactly why we do tests like this," Nasa engineer and LDSD mission commentator Dan Coatta said after the test. "When we're actually ready to send spacecraft to Mars, we know that they are going to work when that big mission is on the line."

The 100-foot diameter parachute - the largest ever tested - was the second part of a two-part supersonic braking system Nasa has been developing for about five years, at a cost of about $230 million.

Like last year, LDSD's doughnut-shaped extension ring inflated as expected, adding surface area to increase the amount of friction and slow the vehicle's descent through the atmosphere.

The speed and altitude were intended to simulate conditions that a spacecraft plunging through the thin atmosphere of Mars would experience.

Recovery ships were standing by in the Pacific to recover the spacecraft, parachute and other equipment.