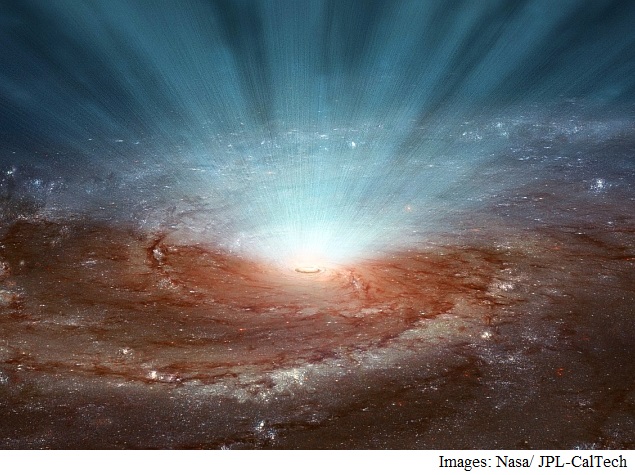 In a major finding, Nasa has shown that fierce winds from a supermassive black hole blow outward in all directions -- a phenomenon that had been suspected, but difficult to prove until now.

This discovery gives astronomers an opportunity to measure the strength of these ultra-fast winds, the US space agency said in a statement.

They can also prove that the winds are powerful enough to inhibit the host galaxy's ability to make new stars.

"We know black holes in the centres of galaxies can feed on matter, and this process can produce winds. This is thought to regulate the growth of the galaxies," said Fiona Harrison from the California Institute of Technology (Caltech) in Pasadena, California and co-author.

Supermassive black holes blast matter into their host galaxies, with X-ray-emitting winds travelling at up to one-third the speed of light.

In the study, astronomers determined PDS 456, a bright black hole known as a quasar more than two billion light years away, sustains winds that carry more energy every second than is emitted by more than a trillion suns.

As PDS 456 is relatively close, by cosmic standards, it is bright and can be studied in detail.

"Now we know quasar winds significantly contribute to mass loss in a galaxy, driving out its supply of gas, which is fuel for star formation," said Emanuele Nardini of Keele University, England and lead author.

With the shape and extent of the winds known, the researchers could then determine the strength of the winds and the degree to which they can inhibit the formation of new stars.

Astronomers think supermassive black holes and their home galaxies evolve together and regulate each other's growth.

The findings appeared in the journal Science.