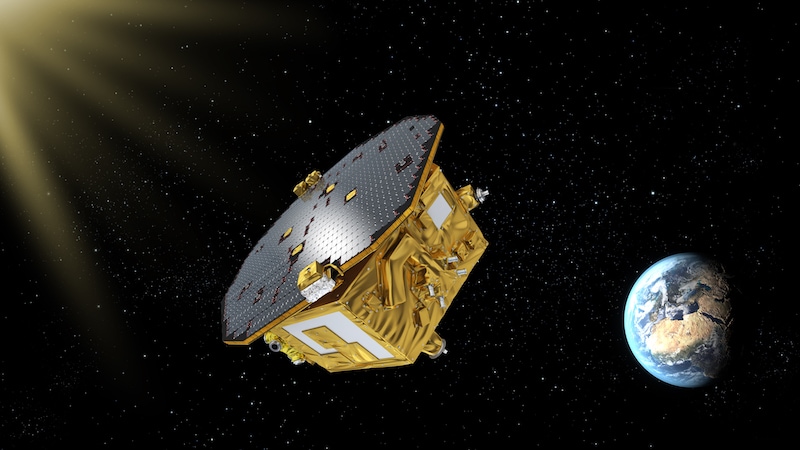 The European Space Agency (ESA) has selected the Laser Interferometer Space Antenna (LISA) to study gravitational waves in space - a mission in which NASA will partner with ESA in design, development, operations and data analysis.

LISA is expected to launch in 2034, NASA said in a statement on Thursday.

The mission will now be designed, budgeted and proposed for adoption before construction begins.

Gravitational radiation was predicted a century ago by Albert Einstein's general theory of relativity.

Massive accelerating objects such as merging black holes produce waves of energy that ripple through the fabric of space and time.

Indirect proof of the existence of these waves came in 1978, when subtle changes observed in the motion of a pair of orbiting neutron stars showed energy was leaving the system in an amount matching predictions of energy carried away by gravitational waves.

The signal arose from the merger of two stellar-mass black holes located some 1.3 billion light-years away. Similar signals from other black hole mergers have since been detected.

But finding signals from more powerful events, such as mergers of supermassive black holes in colliding galaxies, requires the ability to detect frequencies much lower than one hertz, a sensitivity level only possible from space.

LISA consists of three spacecraft separated by 2.5 million kilometres in a triangular formation that follows Earth in its orbit around the Sun.

Each spacecraft carries test masses that are shielded in such a way that the only force they respond to is gravity. Lasers measure the distances to test masses in all three spacecraft.

Tiny changes in the lengths of each two-spacecraft arm signals the passage of gravitational waves through the formation.

LISA may also detect a background of gravitational waves produced during the universe's earliest moments.

NASA said it has has worked for decades to develop many technologies needed for LISA, including measurement, micropropulsion and control systems, as well as support for the development of data analysis techniques.