NASA Captures Image Of Interaction Between Doomed Stars 15,000 Light-Years Away 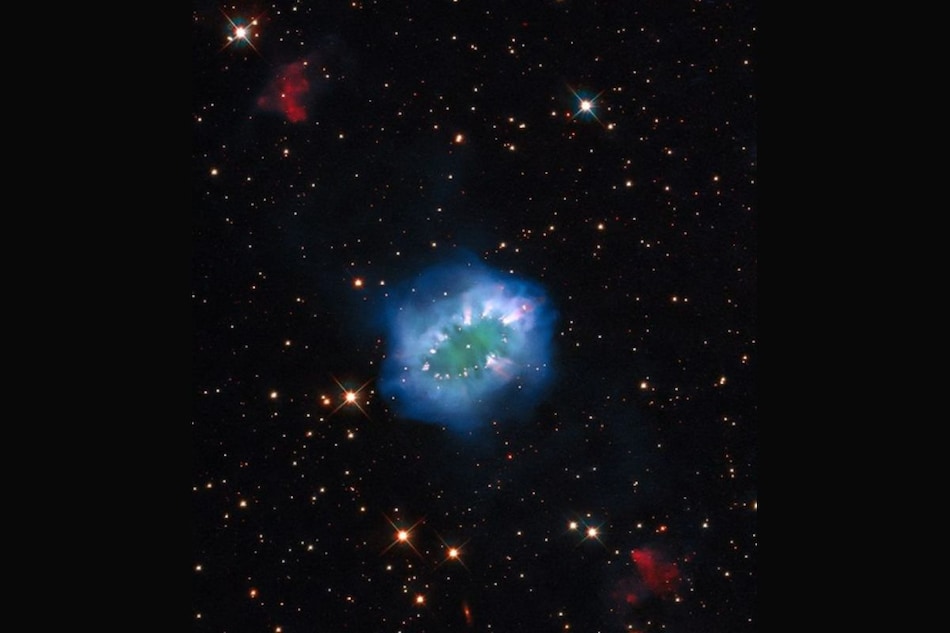 The stars are furiously whirling around each other, completing an orbit in just over a day

NASA's Hubble telescope has shared a spectacular image of an interaction between two “doomed” stars which created a sort of diamond necklace in space, saying that the Sun-like stars were separated by only several million miles and so appeared as a single bright dot in the centre of the image. NASA said the Hubble Space Telescope has previously released an image of the ‘Necklace Nebula', but this new image was processed with advanced techniques for an improved and fresh view of this intriguing object. This planetary nebula is about 15,000 light-years away from Earth in the constellation of Sagitta (the Arrow).

The stars are furiously whirling around each other, completing an orbit in just over a day. Around 10,000 years ago, NASA said, one of the aging stars expanded and engulfed the other, but the smaller star continued to revolve on its orbit inside the bloated star. This increased the giant star's rotation rate and large parts of its debris spun outwards, which now appears like a necklace in space.

The images have excited astronomers and those who take a keen interest in cosmic events. The Hubble post has got nearly 1,40,000 likes. Amazed Instagram users commented on the Hubble post that the image was just “wow”.

A person with the username Bettythewriter said, “It's a football stadium and the lights are on!!”

Sleepy_Saturn77 got curious and asked, “How does one get into NASA?”

“NASA and this necklace nebula making me swoon,” said Lilypadmango.

Hubble was launched 31 years ago and is still working, capturing spectacular cosmic images. It has captured several spectacular events in space and posted them to its Instagram account.

Hubble Space Telescope is a project of international cooperation between NASA and the European Space Agency. Though even earlier Hubble had released an image of ‘Necklace Nebula', this new image has used advanced processing techniques which lend it a superior look.

Disney+ Hotstar May 2021: Star Wars, Out of Love, MasterChef Australia, and More
COVID-19 Vaccination Appointment Tracker Sites and Bots Can Notify You When a Slot Opens Up Nearby