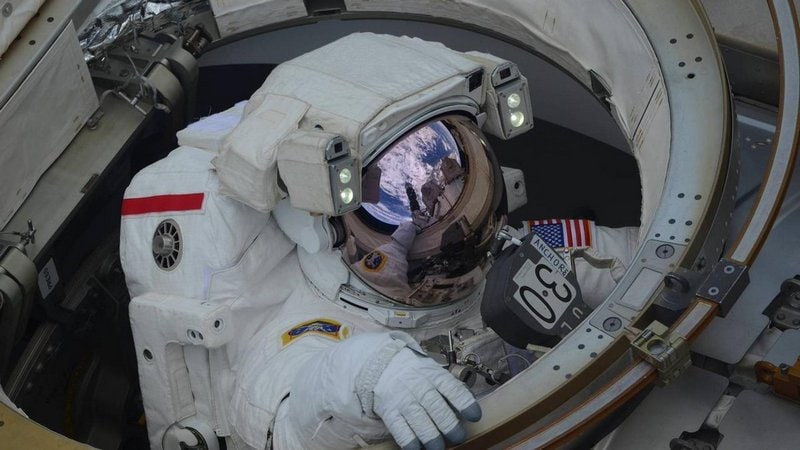 NASA responded to accusations of sexism Wednesday over its decision to cancel a planned historic spacewalk by two women astronauts due to a lack of well-fitting spacesuits.

On Monday, the US space agency announced that Christina Koch will perform tasks in space Friday with fellow American Nick Hague - rather than with Anne McClain as originally planned.

Had Koch and McClain done their spacewalk together, it would have been the first ever by two women astronauts - out of more than 200 spacewalks since 1998.

Only one medium-sized spacesuit is currently available aboard the International Space Station -- where Koch and McClain are staying with four American, Canadian and Russian men.

But both women recently realised they needed the medium size.

Space fans and feminists alike denounced the decision to cancel the all-women spacewalk, seeing implicit sexism in traditionally male-dominated NASA's failure to be adequately prepared for both women to venture out into space together.

Julie Cohen, director and producer of the "RBG" documentary on Supreme Court Justice Ruth Bader Ginsburg, added: "C'mon NASA...? We can send a man to the moon, but we can't assemble two lady-sized spacesuits? #SpaceWalk."

The spacesuits aboard the ISS are in fact assemblies of several parts put together as best adapted to each astronaut's body. Two hard upper torso parts in each of the three available spacesuit sizes are currently held at the ISS: medium, large and extra large.

But only one medium and one extra-large hard upper torso parts are currently operational. The others are spare parts that require a 12-hour assembly, according to NASA.

"Twelve additional hours of crew time would mean delaying the date of the spacewalk, which would be difficult with the station's schedule for cargo vehicles and adding additional stress to the crew's schedule," said NASA spokeswoman Brandi Dean.

She also stressed that "the original pairing was not intentionally planned to bring about the first all-female spacewalk, it was just the way it worked out."

McClain herself sought to exonerate NASA.

"This decision was based on my recommendation," she tweeted.

"Leaders must make tough calls, and I am fortunate to work with a team who trusts my judgement. We must never accept a risk that can instead be mitigated. Safety of the crew and execution of the mission come first."