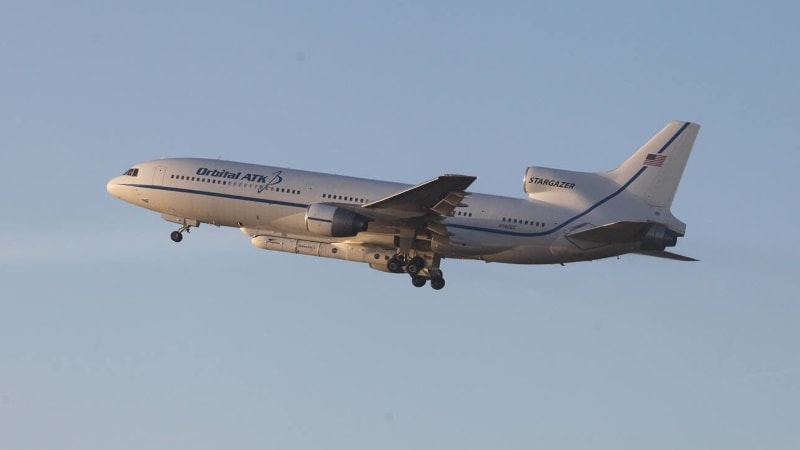 A technical problem has delayed until Wednesday the planned launch of a series of NASA satellites designed to study hurricanes, officials said Monday.

The new, one-hour launch window opens Wednesday at 8:20am (1:20pm GMT), said Orbital ATK, the operator of the Stargazer L-1011 aircraft which deploys the Pegasus XL rocket in mid-flight.

On Monday, the Stargazer took off as planned from Cape Canaveral with the rocket attached to its underside, but the in-air launch was foiled by a problem with the hydraulic system that appeared after takeoff.

After the problem was discovered, the aircraft returned to the Florida launchpad.

Rescheduling to Wednesday "will allow for a replacement L-1011 carrier aircraft component to arrive from Mojave, California, and be installed, as well as support the required crew rest requirements," said a statement from Orbital ATK.

The Stargazer aircraft climbs to a height of 39,000 feet (11,890 metres) - 10,000 feet higher than Mount Everest, the highest point on Earth - before dropping the rocket, which then ignites its engines in mid-air and deploys the satellites.

The satellites "will probe the inner core of hurricanes to learn about their rapid intensification," NASA said.

Current remote sensing technology is unable to peer past heavy rain in the inner core of a hurricane.