Nasa Clears Another Hurdle for Its Mega Spacecraft to Mars 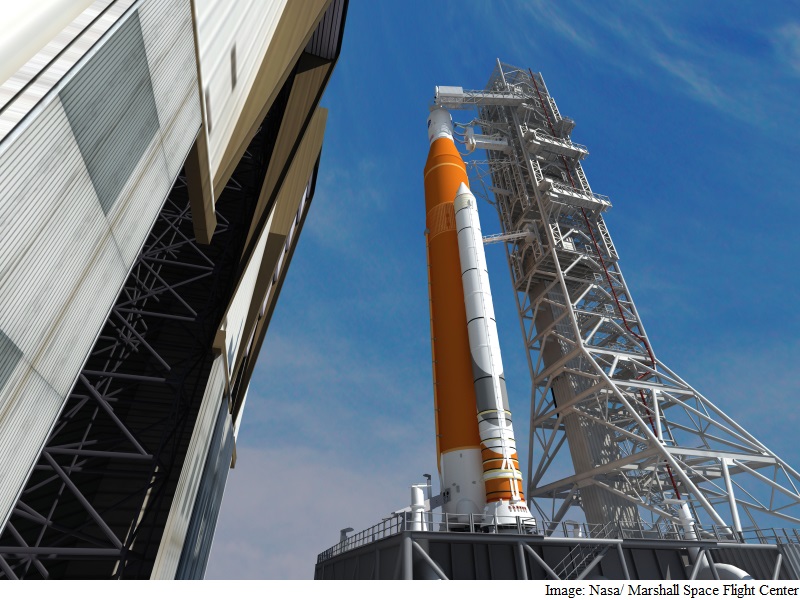 The US space agency, which is working on the "spacecraft of the future" for journey to Mars, has completed a successful review of facilities and ground support systems for the mega Space Launch System (SLS) rocket and Orion spacecraft at Nasa's Kennedy Space Center in Florida.

After completing this milestone on its journey to Mars, Nasa is ready to begin another phase of work on SLS where the next generation of astronauts will be sent to Mars and other deep-space destinations.

"Nasa is developing and modernising the ground systems at Kennedy to safely integrate Orion with SLS, move the vehicle to the pad, and successfully launch it into space," said Bill Hill, deputy associate administrator of Nasa's exploration systems development division.

"Modernising the ground systems for our journey to Mars also ensures long-term sustainability and affordability to meet future needs of the multi-use spaceport," he added in a statement.

Engineers and experts reviewed hundreds of documents as part of a comprehensive assessment.

The Ground Systems Development and Operations Program (GSDO), responsible for processing SLS and Orion for flight and ensuring all systems and facilities are ready, completed its critical design review (CDR) of the facilities and ground support systems plans in December 2015.

In the final step before actual fabrication, installation and testing of Kennedy's ground systems, the GSDO programme and review board briefed the results of their assessments to Nasa's Agency Program Management Council, led by associate administrator Robert Lightfoot.

The heavy-lift rocket will be stacked in the Vehicle Assembly Building on the mobile launcher and roll out to Launch Pad 39B atop a modified crawler transporter.

The Orion spacecraft will be fueled with propellants in the multi-payload processing facility at Kennedy prior to stacking atop the rocket.

The launch team will use the new command and control system in the firing room as the clock counts down to liftoff of SLS's first flight.

"The team is working hard and we are making remarkable progress transforming our facilities," said Mike Bolger, GSDO programme manager.

For the spacecraft's first mission on the SLS rocket, ESA (European Space Agency) is providing Orion's service module which powers, propels, cools and provides consumables like air and water in space.