Each wavelength of light from the nebula is paired with a different family of instruments to create a "symphony of soothing sounds." 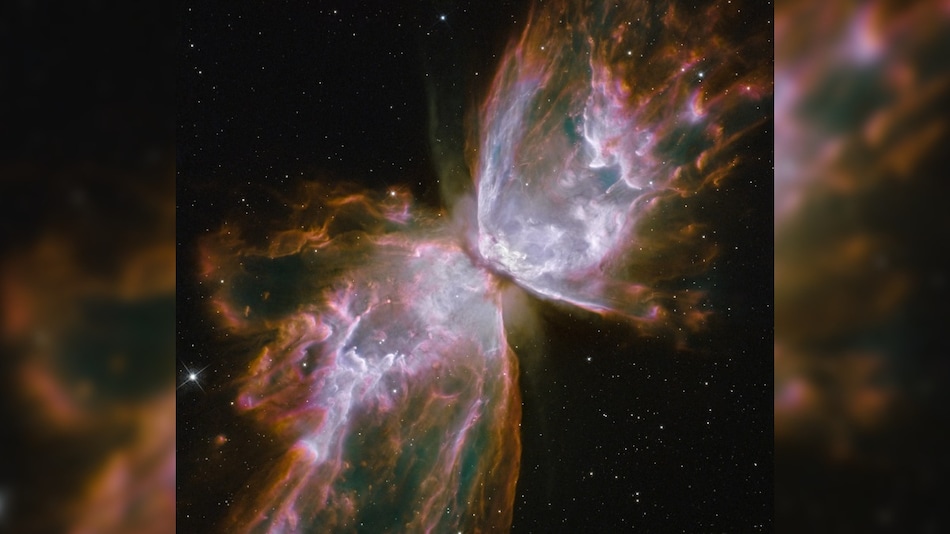 The Butterfly Nebula lies within our Milky Way galaxy

Have you ever imagined what the sound of a nebula in deep space is like? Thanks to NASA, we can now hear the sound of the Butterfly Nebula through data sonification as it soars across space at more than 966,000kmph. The data sonification process converts data to sound. The Butterfly Nebula, also known as NGC 6302, lies within our Milky Way galaxy between 2,500 and 3,800 light-years away, in the constellation Scorpius. It has two “wings” of gas heated to more than 36,000 degrees Fahrenheit (19,982 degrees Celsius).

NASA shared the sound via Instagram. In the clip, each wavelength of light is paired with a different family of instruments to create a “symphony of soothing sounds,” the US space agency said. The “wings” of the nebula are identified by strings and synthetic tones, while stars are represented by a digital harp.

The sound may not be what it would be like in space, but it is a product of human imagination to understand deep space through music. The spectacular image NASA shared was taken by its Hubble Space Telescope, which is one of the most powerful telescopes in space. A joint project of NASA and ESA, Hubble has an unobstructed view of the universe and it has captured millions of images which have stunned astronomers as well as the general public.

Many users expressed their excitement as well as amusement on the post.

“I can only imagine,” commented one user. “Wow... That's really amazing. Is there any paper written on data sonification that we can read through,” wrote another.

On December 31 last year, NASA had announced that the most favourite image on Instagram taken by the Hubble Space Telescope was a photo of the Butterfly Nebula. In one of its Instagram Stories, NASA had asked its followers to vote for the favourite image taken by the Hubble Space Telescope in 2020. The space agency said that the users had made an “excellent choice!”

According to the ESA, the butterfly shape of this nebula stretches for more than two light-years, which in relative terms is about half the distance from the Sun to the nearest star, Proxima Centauri.