Asteroid May Be on Collision Course With Earth Next Year, NASA Monitoring Its Orbit

Named 1998 OR2, the huge asteroid is currently on a trajectory to just fly past our planet. 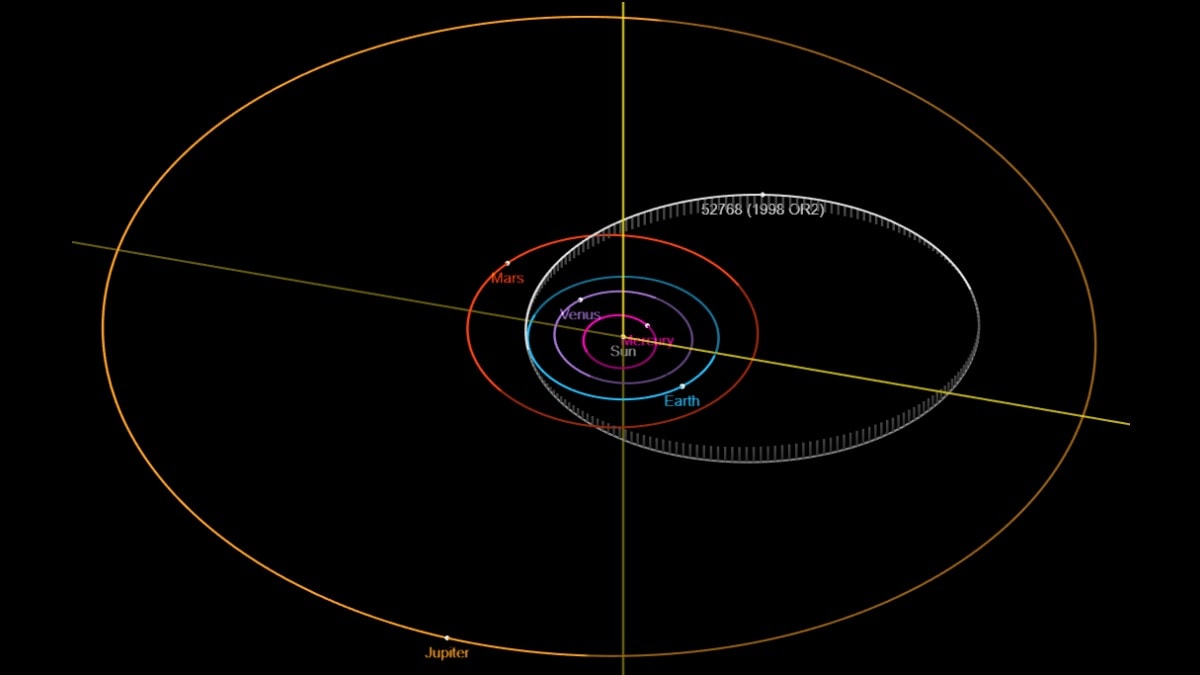 Asteroids - rocky bodies floating in the space - don't evoke a particularly positive feeling. Remember one of them hitting the earth and wiping out the dinosaurs? Well, it appears that another huge asteroid might be on a collision course with our planet and might wreak havoc due to its sheer size. Named 1998 OR2, NASA is currently monitoring the deadly asteroid that might impact the Earth next year in April. Thankfully, the celestial body is currently on an evasive path, which means it will fly past our planet unless some anomalous factors come into play.

NASA's Center for Near Earth Object Studies (CNEOS) has revealed that the 1998 OR2 asteroid has an estimated diameter of 13,500 feet and is expected to fly past the Earth on April 29, 2020, at 5:56am EDT (3:26pm IST). On its nearest point, the asteroid will be at a distance of approximately 0.04205 astronomical units or around 3.9 million miles from our planet's centre. Sounds safe, right? Well, the asteroid's course can be altered due to a couple of phenomena and it might eventually crash into Earth.

The first one is the Yarkovsky effect which is known to affect the semi-major axis of asteroids and can be defined as the consequential force exerted on a celestial body due to changes in the temperature of a body due to external or internally-generated radiation. This could affect the 1998 OR2 asteroid's spin, and eventually its orbit, causing it to turn towards Earth. And just to give an idea of how dangerous this asteroid is, well, it is known to be one of the brightest and largest potentially hazardous asteroids known to exist.

The second factor that could lead to the catastrophic asteroid collision event is trajectory disturbance caused by gravitational keyhole. The latter can be described as a small region in space around a planet where the planet's gravity can alter the orbit of a passing spatial body such as an asteroid and pulls it inwards, leading to a collision. Aside from the tectonic damage caused by the 1998 OR2, the impact would also severely alter the weather and atmospheric conditions of the planet.

Let's just hope that it never happens in the first place, because Earth doesn't have a laser gun or a Death Star yet that can obliterate the 1988 OR2 in case it becomes a threat.