Miniature systems that have been influenced into different shapes are more likely to exist. 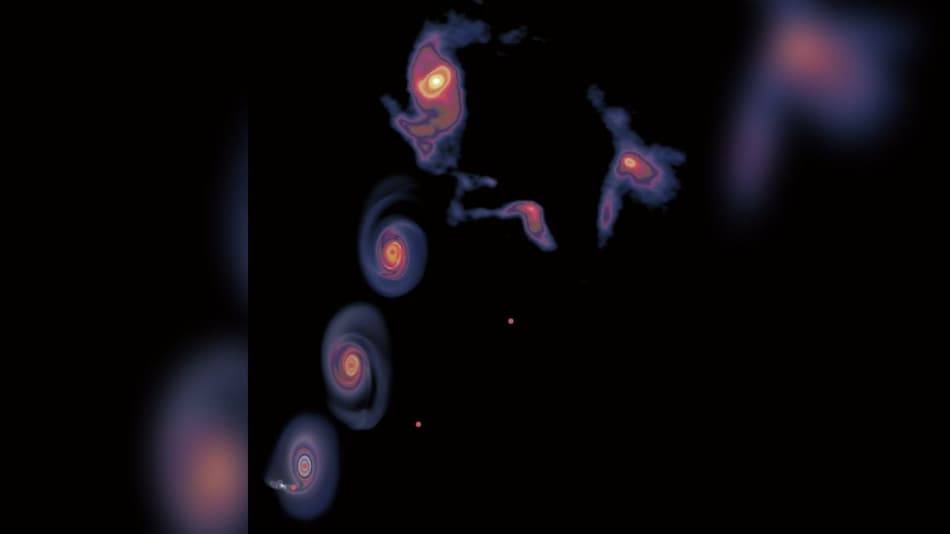 The miniature galaxy appears to be orbiting around a large star

In a fascinating find, astronomers have managed to identify a miniature spiral galaxy that's located at the centre of the Milky Way. The miniature galaxy appears to be orbiting around a large star about 32-times the size of our Sun. Located about 26,000 light-years away (245,979,000,000,000,000 km), the star sits neatly in the middle of what is known as a protostellar. The researchers made their observations using the Atacama Large Millimeter/submillimeter Array (ALMA) telescope found in Northern Chile.

These disks are made out of dense gasses and materials necessary for the formation of planetary systems and surround newly formed stars. The observed disk is about 4,000 AU wide (1 AU or astronomical unit is equal to the mean distance between the Earth and the Sun or 149,600,000 km).

This is the first time that astronomers have observed a miniature galaxy of this kind. How this system came to be and its curiously spiral shape were both a mystery for the group of researchers. The study was published in the journal Nature Astronomy.

Running simulations of potential orbits, the team of researchers found that the whip was quite literally stirred up into a spiral by a near collision with another mysterious stellar body that has three times the mass of the Sun. A near collision with this object, which still sits near the miniature galaxy, 12,000 years ago had sent the cloud of disk spiralling. Spiral shapes in stellar bodies are usually only seen on the galactic scale.

"The nice match among analytical calculations, the numerical simulation, and the ALMA observations provide robust evidence that the spiral arms in the disk are relics of the flyby of the intruding object," stated Lu Xing, a co-author of the study.

This is the first observation of a protostellar disk so close to the centre of the Milky Way galaxy. The centre of the Milky Way galaxy is much denser with stars and other stellar objects than compared to where the Solar System lies, which itself is located on one of the outer arms of the galaxy in an area known as the Orion–Cygnus Arm or Local Spur.